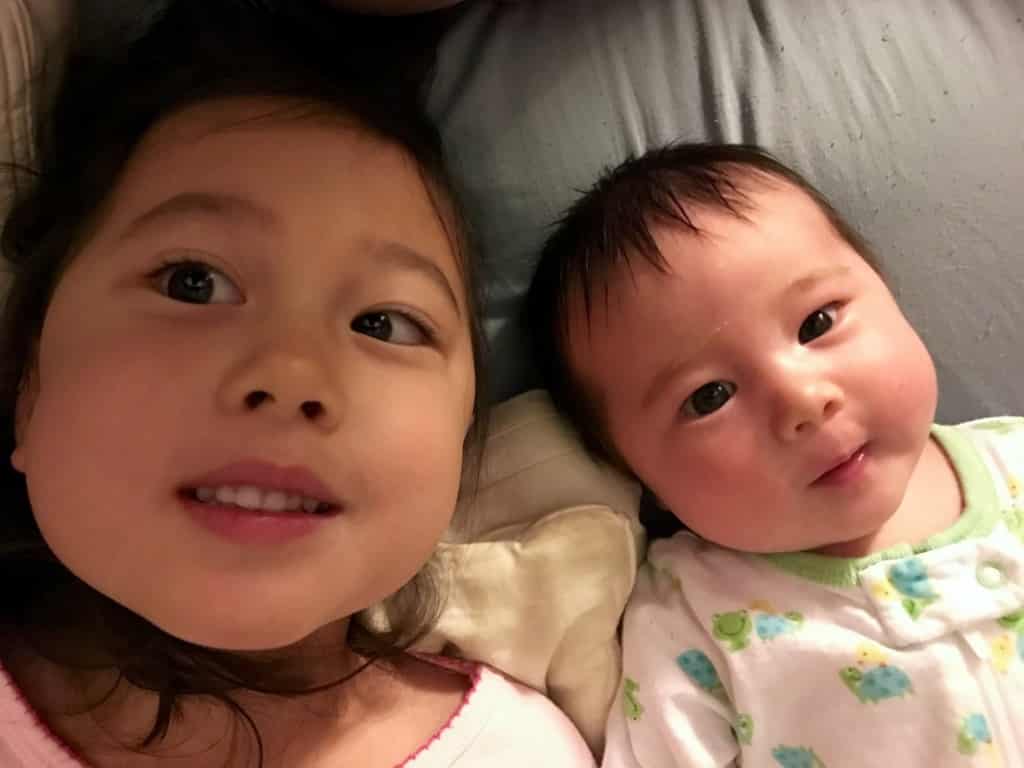 Thanks to Hypnobabies Instructor Anne Ferguson for sharing her students birth story with us. Find out more about Anne and her classes here  www.bywaterbirth.com

“We kept everything very quiet while I started listening to the Hypnobabies hypnosis audio tracks. It was really nice, which is not something most people say about giving birth!” 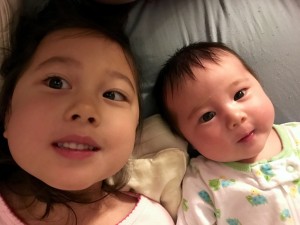 The night before our birthing time I didn’t feel very good. We were watching the football game and went to bed early because I just felt “off”. I was very restless and I woke up often to go to the bathroom. I couldn’t figure out what was keeping me up.

Around 3:00 am I couldn’t fall back asleep. That’s when I realized that it was pressure waves that had been waking me up. I’d probably been having them all night and barely noticed! Since I wasn’t sure if they were the real deal or just practice waves I tried to sleep as much as possible. Then around 4:00 am I woke Derek and told him I thought things might be happening. He started timing each wave. We kept everything very quiet while I started listening to the Hypnobabies hypnosis audio tracks. It was really nice, which is not something most people say about giving birth!

After a while he reminded me to go to the bathroom and I had a bunch of bloody show! That’s when Derek started packing up last minute things and arranged for my mom to come over to watch Avery. I dozed as much as I could. Then Derek decided to call the midwife. He hadn’t told me the times so I didn’t get discouraged, but the waves must have been close enough that he decided to call. My mom arrived while he was still on the phone.

That’s when I started to get really emotional. I didn’t want to leave Avery. I couldn’t imagine saying goodbye to my only baby knowing that she wouldn’t be my only the next time I saw her. When the midwife told Derek it was time to go I started crying! He helped me calm down and I kissed Avery goodbye. Once in the car I felt much better. I was just ready to get down to business and I felt really powerful. I was focusing on my hypnosis tracks with the air conditioning cranked to full blast. I was really in the zone. No discomfort, I could just feel my body working. Even walking through the hospital went great. It was slow progress, but I knew I was in control.

It was about 7:00 am when we got to triage. Derek fielded most of the questions while I listened to my Hypnobabies tracks but I kept getting distracted! I was just too excited! We stayed in the triage room while I listened to my tracks. I wasn’t aware of how much time had passed and I didn’t want to be told how far along I was but I knew things were getting REALLY intense. I just wanted to get in the birthing tub and focus. Later I found out we were stuck in triage for 3 hours because of shift-change confusion!

I was finally admitted around 10:00 am, but they had to start an IV (I had tested positive for GBS and needed antibiotics) before I could get in the water. I was feeling very frustrated because I could see the full tub but wasn’t allowed in. Plus it took them 5 tries and 3 different people to get the IV in! This was definitely one of the hardest times of the whole birth for me. I used my Peace Cue as much as possible and tried to stay focused on my hypno-anesthesia, but it was difficult with all that going on.

When I finally got into the tub I felt great!! I was totally relaxed and focused. We alternated between listening to hypnosis tracks and Derek reading scripts. I was also vocalizing quite a bit by this point and switching between a sitting and kneeling position in the water. I felt really empowered listening to my body. With my first birth I had no idea what I wanted or needed. This time I was totally confident in what my body was telling me. The nurses were great about intermittent monitoring and keeping the room calm. They were very supportive of all our Hypnobabies requests. At some point my IV became compromised in the tub (that dang IV…) so they just took it out and let me do my thing in the water.

I started to feel REALLY hot during the waves so Derek held a cold rag to my forehead each time I started vocalizing. We were really in tune with each other, which was one of my favorite parts of our Hypnobabies experience. It was nice to have him as a partner rather than a spectator. After a while I could feel a lot of pressure in my bottom, and I knew my pushing time was coming up. That’s when I got scared. I flashed back to Avery’s birth, which had a very traumatic pushing period. As things got more intense I got more scared, which led to an almost funny conversation with Derek. He said it was like talking to a tired child:

Shortly after that I got really tired. I could hardly keep my eyes open. All I wanted was to get into bed and lay on my left side. Specifically my left side, I guess my body knew something I didn’t. The nurses helped me out and told me she’d let the midwife know to come check me soon. It wasn’t very long after I lay down that I felt a TON of pressure in my bottom. Which led to another funny conversation as my body started pushing on it’s own!

The nurse ran out to get the midwife and I tried to relax and breath through each wave without bearing down. Derek put on the Pushing Baby Out track to help me focus. When the midwife came in and checked me she said I was almost there but had a small lip left. She tried to push the lip back on the next wave and that was the most uncomfortable part of the whole experience. I think that was mostly because of the fear leftover from my first birth but also because I was vocalizing so loud I couldn’t hear my tracks anymore! After she pushed the lip back they told me to listen to my body and push whenever I wanted. I stayed on my side and pulled my legs up into me. It still hurt because I’d lost my focus on the pushing track, but as soon as I accepted what was happening it was much easier to get through it. Plus the nurse was AMAZING at supporting us. Derek applied counter pressure while I pushed and on the second push my water broke. Two pushes later Emlynn Dee was born! I’d only pushed for 13 minutes before they handed me this screaming little girl with a head full of thick dark hair. I was in love!

It was the most beautiful experience of my life and I felt so much more present then I did with my first daughter. Everything was clear in my mind and I’ll never forget seeing her come out of me. I held her to my chest and she quieted in just a few minutes. I had one tiny tear and the placenta came out within 15 minutes, which I hardly felt at all. I don’t think I even pushed… but I was too focused on Emlynn to remember. They did give me a shot of Pitocin at that time because I was bleeding a bit more then they liked and they wanted the placenta to come out right away. They said the extra bleeding was probably just because she came out so fast. Emlynn began nursing just 20 min after birth and stayed latched for nearly 30 minutes! We stayed skin to skin for just over an hour before they weighed and measure her, and then Derek did skin to skin while I got checked out and tried to use the bathroom.

Overall, everyone at the hospital was VERY supportive of our choices and many were curious about hypno-birthing. It was fun to tell our story to all the nurses! I’m definitely a Hypnobabies advocate and will be recommending it to all of my friends who are interested in an unmedicated birth.

I felt completely different after this birth compared to Avery’s. While my body was exhausted, I felt mentally energized! I was happy and alert. All my visitors even said that if it weren’t for the baby they wouldn’t have guessed I’d just given birth. I was relaxed and positive for our entire hospital stay. When Avery came to visit and I got to hold both my girls I was filled with joy. Even when we got home I swear I felt less “baby blues” then I did with Avery. I will definitely choose an unmedicated birth when we get around to baby #3. Hypnobabies gave me all the tools I needed to have the birth that was right for us!