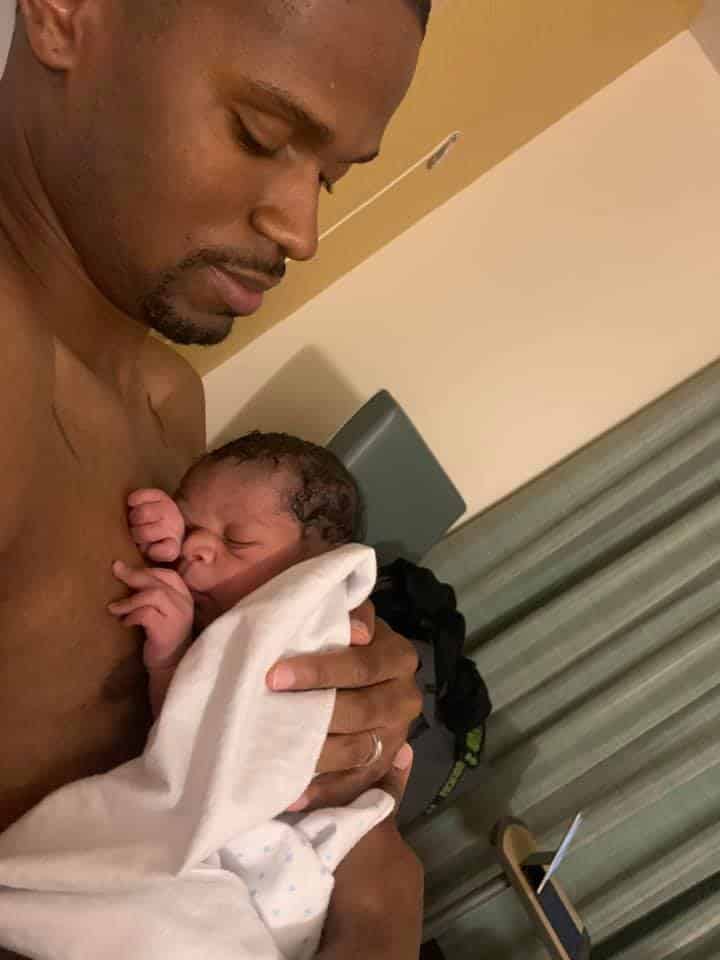 “I was recording a video of her and next thing I hear her say is “my water just broke”. At this point, I’m like “We’re about to have a baby”.”

We knew we were doing Hypnobabies when we announced Gummy 2.0. Being prepared and refreshing the skills were very important. Rachel started her maintenance very early this time around. I reached out to our old teacher (Ashley) to get some reminders and pointers for myself. My goal was to just make it to the birthing center this time lol. The days leading up to Zyair’s birth; Rachel was following her same routine. She was having her normal practice waves (Braxton Hicks) daily, but nothing that was too alarming. The only noticeable change was her sleeping pattern. She was very uncomfortable and restless. Thursday morning at 3:44 am I called the midwife to give an update on Rachel because she was having a lot of waves (Hypnobabies word for contractions). I was so tired that I forgot the midwife’s name and I forgot to call back to give a second update. I’m guessing Rachel finally got comfortable on the couch and got some rest.

Thursday we had our appointment with Marie. I knew going into the appointment Rachel was going to express how she has been feeling. I’m honestly thinking Rachel was having all the waves because she was tired. I had no clue her birthing time (Hypnobabies word for labor) was approaching. After being checked and giving a few exercises, we headed to get Chipotle and went back home.

I had a basketball meeting at 3:45. So when I left the house Rachel was downstairs watching a movie with the boys. I received a text from her saying “The waves are starting to feel like the time we drove home with Zayden”. Immediately I’m thinking this might be serious. The next text I received said,”Once you get home I think we should go in”. When I arrived home, she was downstairs still listening to her tracks. To me she looked just fine. So, I’m thinking we can just wait it out.

It’s around 6 pm by this point and I give the midwife a call. I explain she has been having waves every 5 minutes for the last hour. She suggests giving an update within an hour. Just monitor her and time the waves. Around 7 pm I called her back. The waves were still the same, but at this point, Rachel was exhausted. She recommended her to try to rest and call back in an hour. To me, Rachel was still calm. I could tell she was tired but nothing out the normal.

On the next call, I explained that she listened to her Deepening Your Hypnosis track (Hypnobabies track to deepen the level of hypnosis), but the pressure waves increased some. Rachel still looked normal and was calm responding to me. The midwife told us to come in so she could check her and see how she was doing. I honestly didn’t feel like making that 45-minute drive. Since her water hadn’t broken and she was still calm; I figured it wasn’t time. The last call with the midwife was around 9:15.

We arrived at the birthing center at 10:11. Rachel was calm the whole ride. I thought she was sleeping for a moment. Once we got in the midwife took her to the back. After being checked, the midwife told me she was at a 3. In my head I’m like we’re not having a baby no time soon. I was so out of it; I left the car seat at home and all the bags in the car. Shame on me!!!

We make it back to the room around 10:45 pm. The midwife had given Rachel a few exercises to do, so the baby could get over her pelvic bone. We had both our boys with us Zayden almost 2 and Trey 13. I’m thinking to myself this will be a long night. Luckily I was able to put Zayden to sleep while Rachel was doing the exercises. Once Zayden went to sleep, Rachel decided to get in the bed. At this point, I had to go get all the bags out the car. Once I came back into the building, I had a 5-minute conversation with the nurse. I figured Rachel was resting and doing her exercises.

Once I got back in the room; Rachel decided that she was ready to get in the jacuzzi tub. She had a moment where she told me to give her the “Peace cue” (Hypnobabies cue for instant physical comfort). I figured maybe the exercises worked because the pressure waves picked up. But once again nothing major in my eyes. A lot of what I was looking for was based off my experience with Zayden. So, the nurse and I prepared the water, we had the orange bubbles going and her tracks were playing.

She got in the jacuzzi tub around 12-12:15 am. At this point, I’m thinking Rachel enjoying all the features of the birthing center. She had a few waves and I was rubbing her back. She requested more water, so I told the nurse I was adding more water. Everything was still calm and going smooth.

I was recording a video of her and next thing I hear her say is “my water just broke”. At this point, I’m like “We’re about to have a baby”. I informed the nurse and midwife. And at this point, things start picking up! It’s around 12:35 now. From this point, things have picked up. Rachel was still pretty calm. She could feel when each wave was approaching. She would call my name and I would apply pressure to her shoulder and give her the “Relax cue” (Hypnobabies cue to deepen hypnosis). I was applying so much pressure to her shoulders my hands were numb. At one point I thought I was going to push her under the water lol. After several waves, the nurse and midwife went to get a flashlight. I guess they could see her body pushing.

After a few more waves, they told Rachel she should stand up. This was probably the only weak moment I saw. Her reply to them “I don’t think I can get up”. I told her after the next wave you will get up. Before that next wave, she changed her track to “Pushing Baby Out” (Hypnobabies track just for pushing). In the midst of it all, she was able to pause and change a track on her phone.

Once we got her to stand, within the next 2 waves Zyair Brion Whigham made it into this world at 1:35 am. Almost one hour after her water broke!!!

Hypnobabies truly works, if you put the practice and effort into it. I was truly hands-on this time, but Rachel made it extremely easy for me to coach her through it!!!