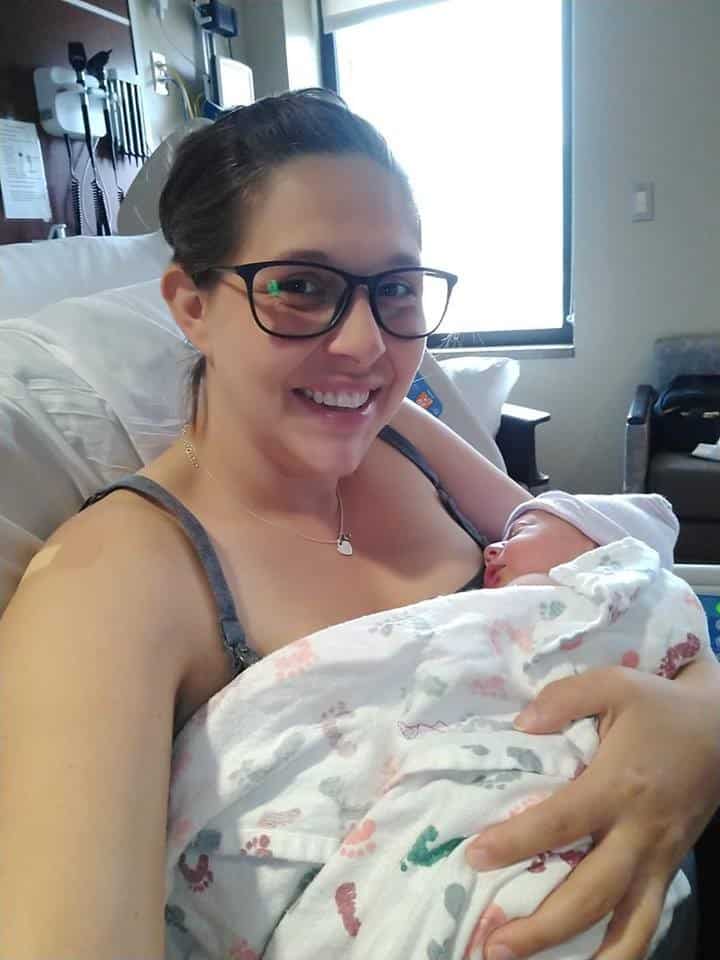 “This is a new birth and baby unique unto itself” became my mantra for SO many reasons! “It was really crazy how close my birthing time happened compared to what I had been visualizing.”

Menstrual-like cramps started Friday mid-morning, but I didn’t think too much of it. By afternoon, I noticed they were still there and out of curiosity more than anything thought I’d see if there was a pattern. There was! Extremely timeable, but very short and could barely feel them. 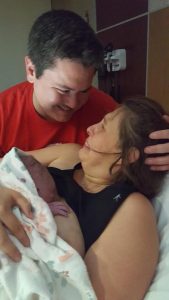 After several hours of monitoring, nothing was picking up and I started to worry it was prodromal, but in my Hypnobabies birth visualizations that I had been doing I would go to sleep and get the real party started in the morning, so I kept faith, turned on my birthing day tracks and attempted to get some sleep… but I was way too excited though for that just in case! Morning brought nothing more though.

So instead, I headed into the chiro and just took it very very easy at home just in case and just enjoyed having such a calm and relaxing morning.

Toddler nap time = hypnosis practice for me so I did my birthing day tracks again and after felt like maybe they were picking up. Intervals were good but length still not where I’d want them for “active.”

I wasn’t feeling like they were getting more intense, but I must have been outwardly showing something because, by late afternoon, hubby suggested getting his mom to get the kiddo and doula agreed she wanted to “just stop in and check.”

After arriving, she agreed that it was hard to tell if we were still practicing or just in a very very early birthing time (Hypnobabies word for labor). I convinced myself that maybe it just LOOKED that way because I was using my hypnosis, but the timings and lengths just weren’t promising. After about an hour, I started to get real antsy and wanted to be downstairs. Out of nowhere, I vomited. Ok! NOT in practice!!

Things picked up beautifully from there. I could just sense that my waves (Hypnobabies word for contraction) were getting longer, but sensation wise, couldn’t really tell in comparison thanks to my hypnosis. Each wave felt powerful and intense but never painful. I could tell I was hanging longer at the top of the waves but just let myself go to center (a Hypnobabies hypnosis technique for being in hypnosis and having eyes open), vocalize through it and reminded myself to smile at the end.

I was very vocal through each wave which felt good and helped me direct my hypno-anesthesia. I couldn’t stand having the headphones in so asked to put my Hypnobabies tracks on out loud on repeat, which was great. I easily went back and forth from center switch to off switch (Hypnobabies technique for being deeply in hypnosis) but kept in center the majority of the time.

Time seemed to both linger, yet rush. My husband (now) has told me that I didn’t sound comfortable, but I truly only felt slight discomfort and just very very strong pressure. My Birthing Day Affirmations played loudly in my head reminding myself that each wave was easy, comfortable and bringing me one step closer to holding my baby.

Suddenly, not even 45 minutes after coming downstairs I had a wave with a huge gush of water and apparently, I was making some very pushy sounds because it was clear that my doula was no longer comfortable being at home. Despite her and my husband frantically running around (I asked to slow down, and she said there was no time! Haha), I was so calm! I even told my husband, “Relax, it will be ok” 😂

In the car, all I wanted to do was push. The silence felt beautiful, so I kept my Hypnobabies tracks off and just repeated “don’t push.” The 25 min ride truly felt like 5 minutes (although my husband probably felt the opposite!! Lol)

We literally ran in and my doula said there was no time for triage. We immediately got into a room and I asked for a moment to turn off my switch (Hypnobabies comfort technique) for my check. My husband reminded them that I didn’t want to know but I knew we were so close when the nurses told my midwife she needed to get dressed as she arrived (it ended up I was at a full 10 and +2 station!!) 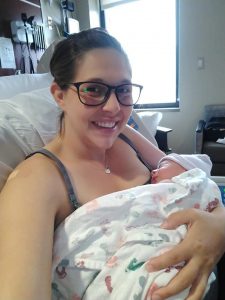 We had beautiful progress of pushing for the next 45 minutes. Hubby kept my Hypnobabies “Pushing Baby Out” (Hypnobabies special hypnosis track for pushing) track on repeat which SO helped me in the moments that I just wasn’t sure if I could do it anymore. This was the only time that I felt more than pressure, but knew we were so close! Hearing that I was just stretching (that was honestly the hardest part for me, I could barely feel the waves at this point, but I felt the stretching!) or reminding me where to put my hypno-anesthesia kept bringing me back into the moment rather than letting my emotions take over. I never doubted my hypnosis here but was, by all means, wondering why my body wasn’t stretching more and just desperately praying that it would!!

After 45 minutes I knew I needed to change positions, they recommended the side lie which helped for a few pushes, but I’d visualized birthing on my knees, so I knew I needed to make one final change and within one more push he was out!!!!

I couldn’t even catch him because I was already crying and then just in such shock/joy that they had to tell me to turn over to get him. There was a second-degree tear in the final moments (kiddo decided he wanted to wave at us all as he arrived) and it ended up they just believed I had a very very tight perineum, which is why the pushing was long but the Dr (there because of VBAC) kept praising my control through the whole thing.

We got over 2 hours to just hold, cuddle and start immediately nursing our little one. Thank you Hypnobabies for my powerful and peaceful VBAC!!!! My only regret is that I didn’t get any pictures during my actual birthing time!! 😂