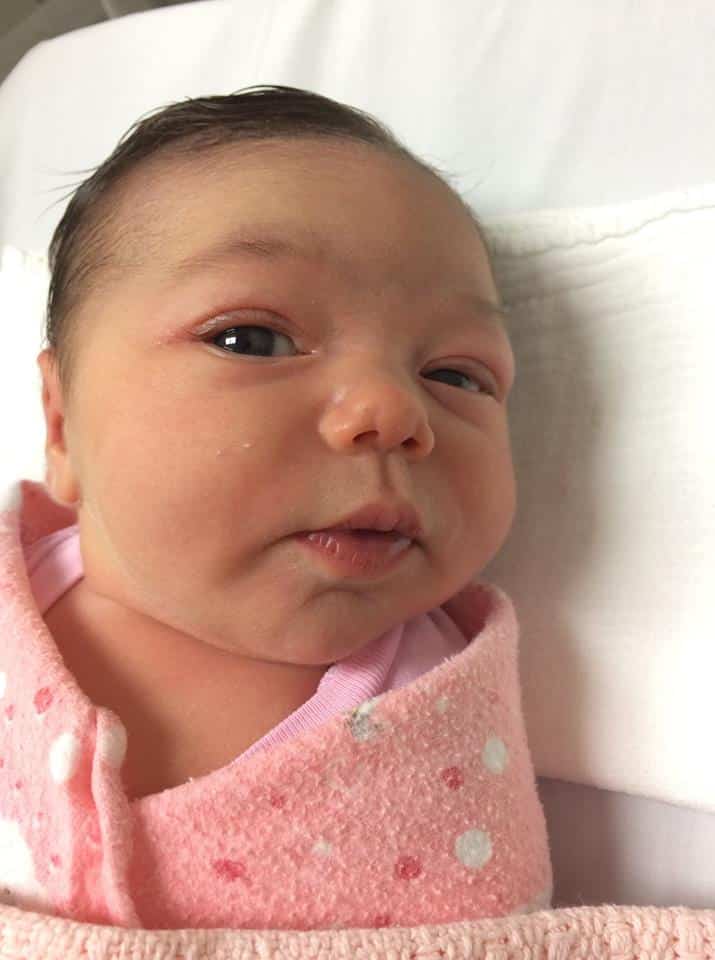 “I listened to Easy First Stage (Hypnobabies main birthing time track) on repeat and practiced deep belly breathing. Every time I felt intense pressure, I would remind myself to “open, open, open” and would picture my cervix softening and opening.”

As my guess date approached, nothing in my body felt like it was changing in any discernible way. It seemed like the day would never come when I would not be pregnant, and I resigned myself to the baby arriving super late. On my guess date (Hypnobabies word for due date) I had a checkup with my obstetrician where he did my first internal exam and found that I was at 1 cm. The exam must have got things moving because, for the first time, that evening I had more cramping and mentally I shifted into thinking that tonight could be the night. I did my usual listening to tracks as I fell asleep but woke up with a start at 3:30 am to a gush of water in my pants. I hobbled to the bathroom and saw a bunch of clear liquid leaking out of me into the toilet. 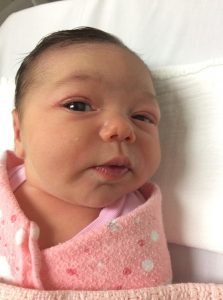 I had my doctor’s voice echoing in my head that I should call if my water broke, but at 3:30 in the morning I just wanted to go back to bed to let me and my husband get a bit more sleep before things really started going. I changed clothes and thought that I would just lie down for an hour or two more before things picked up, but I ended up not getting out of bed until 9 am. I was having extremely mild pressure waves (Hypnobabies word for contractions), none of which were more intense than what I had been experiencing for weeks. In fact, I was a little worried that the baby was all of a sudden so quiet.

We made our way to the hospital at around 9:30 am, doubting whether we would even stay since my waves were so minor. I had listened to the Birthing Day Affirmations on the way to the hospital but was not in hypnosis and was anxious to be left alone so that I could start to listen to my tracks. Even with my husband helping with communication with the hospital staff, I couldn’t find a time to start my tracks until after I had been checked in, monitored, and had an internal exam conducted (still at 1 cm) at 10:00 am.

Since my water had broken so many hours before, the doctor advised not leaving the hospital. We settled in for what we thought would be a long hospital stay as I moved from 1 to 10 cm. As soon as everyone left us alone I told my husband I just wanted to lie on the bed and listen to my tracks. I didn’t even make it to lay down before the pressure waves started in earnest. I turned on Easy First Stage (Hypnobabies main birthing time track) and sat up in the hospital bed with my legs in the butterfly position, taking deep breaths and focusing on the tracks. I barely moved from that position until 5:30 pm. I got up once or twice to go to the bathroom, but that was it. I only changed positions when the nurses wanted to monitor me and made me recline to put on the heart rate monitor.

Even though I was perfectly still on the outside, inside I felt like I was barely maintaining my concentration and any little change would throw me off. My pressure waves were coming in short spikes with very little time in between for me to rest. It took all my concentration to stay on top of them, which meant I couldn’t switch to center at any point because there was no time before another wave would come, and I’d have to refocus all my energy on the next wave. I wanted to talk to my husband, eat something, drink something, move my legs, but I didn’t have time.

I listened to Easy First Stage on repeat and practiced deep belly breathing. Every time I felt intense pressure, I would remind myself to “open, open, open” and would picture my cervix softening and opening. It really helped to have something to attach the different sensations to, rather than having my body going through something and not knowing what was happening or why. It made it possible for me to almost look forward to each wave because they were serving a purpose. I also concentrated on the tightening in my stomach feeling like a pressure cuff and tried to keep it as separate sensation than what was going on with my cervix. My belly tightening felt very mild compared to my cervix opening, so I was able to mostly disassociate from it and concentrate on my cervix when a wave came. 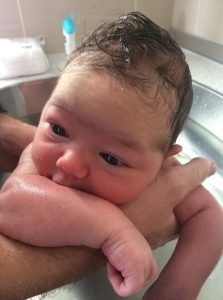 I was aware that time was passing, but I had no idea how much time had passed. Nothing seemed to be changing in one direction or another; the day was like an endless march of short, strong pressure waves. In my head, I wondered if I should perhaps ask for some of the nitrous oxide gas to get a small break so I could drink and eat something, but I feared that I would not be able to regain my concentration if I let my guard down at all. I was able to croak “water,” “hot,” “cold” to my husband on a few occasions so he could take care of whatever was most plaguing me, but other than that I was in my own world. Sometimes he would notice me stiffening up and would put his hand on my forehead and do the Relax Cue (Hypnobabies cue to deepen hypnosis). It really felt wonderful to have that extra ability to relax and loosen everything. I learned that if I wanted him to come over and do it I could moan a bit louder and that would cue him in.

I had declined a mid-day internal exam so that I could keep my concentration up, but now it was 5:30 pm and my husband nudged me to let me know that the doctor was there and insisted on examining me this time. When I found out it was 5:30 pm, I agreed. I had no idea it was so late and wanted to know if I had made any progress at all. The doctor—and everyone else—was shocked to find out I was at 10 cm. The room leaped to action and the staff started filling the birthing tub and prepping themselves. I finally was on my feet and took the opportunity to lean on my husband and rock my hips a bit. We both were looking forward to the “slow dancing” as part of the birthing process, but it turned out we only did it for two minutes while they filled the tub. I got in the tub at 6:00 pm.

I kneeled on the floor of the tub, my arms hanging over the edge and my head on the edge. My husband knelt outside of the tub by my head. I put on Pushing Baby Out (Hypnobabies special pushing track) and zoned out. After what felt like a very short time (but was actually 30 minutes), I felt the urge to push. My pressure waves were still very short in duration, so I would push with all my might but make very little progress. Eventually, my husband, who had been communicating with the doctor, got my attention and told me that they were concerned the baby had been in the birth canal for a long time, and I really needed to concentrate on pushing harder with each wave. I had been riding the waves, hoping to ease her out gently, but now I needed to double down.

Unfortunately, I had very little energy left and only had 2-3 pushes per wave to make progress. I started vocalizing to get more traction, but it didn’t really help. The doctor was stretching out my perineum during each wave, which probably was helping the baby ease her way down but was very distracting. As time wore on, my husband, the doctor, and two midwives started cheerleading more and more, until everyone was yelling “PUUUUSSSHHHHH” every time I was having a wave.

My energy levels were seriously dropping, but still, I was completely comfortable. I likened it to trying to pick up a heavy barbell again and again. It wasn’t painful, but the more I pushed, the more I wore myself out. After several near successes at getting her shoulders out, the doctor suggested I turn over so he could assist. I turned onto my butt and with the next push, the baby was out. I was in the tub pushing for 85 minutes, but it felt like 20 minutes. Layla Isabel was born on February 15 at 7:25 pm weighing 7 lbs 11.5 oz.

During the birth, it felt like I wasn’t using my hypnosis like I thought I would be, but looking back, I see how incredibly helpful it was. I had given myself plenty of time to practice the techniques and stuck with it diligently throughout my pregnancy, but I struggled with lots of the concepts right up until the end. I could never picture my Hypno-anesthesia and was always changing what image I wanted it to be in my mind. My “Special Place” was not that special to me and I don’t think I pictured it once during my practice (or during the actual birth). I practiced my mental light switch & finger-drop (Hypnobabies technique for entering hypnosis) every day but felt like going to center was coming out of hypnosis, even though I always recited to myself that “my hypnosis deepens when I am in the center.” My biggest fear going into the birth was that I wouldn’t be able to maintain my concentration in a busy room of people all trying to talk to me. But looking back I can see that I used the tools that worked for me and didn’t use the ones that didn’t work for me. So, don’t fret mamas if feel like you aren’t doing everything perfectly! You only need a few of the Hypnobabies tools to help you have a beautiful birth and chances are your mind is finding something that works for you during all your practice.