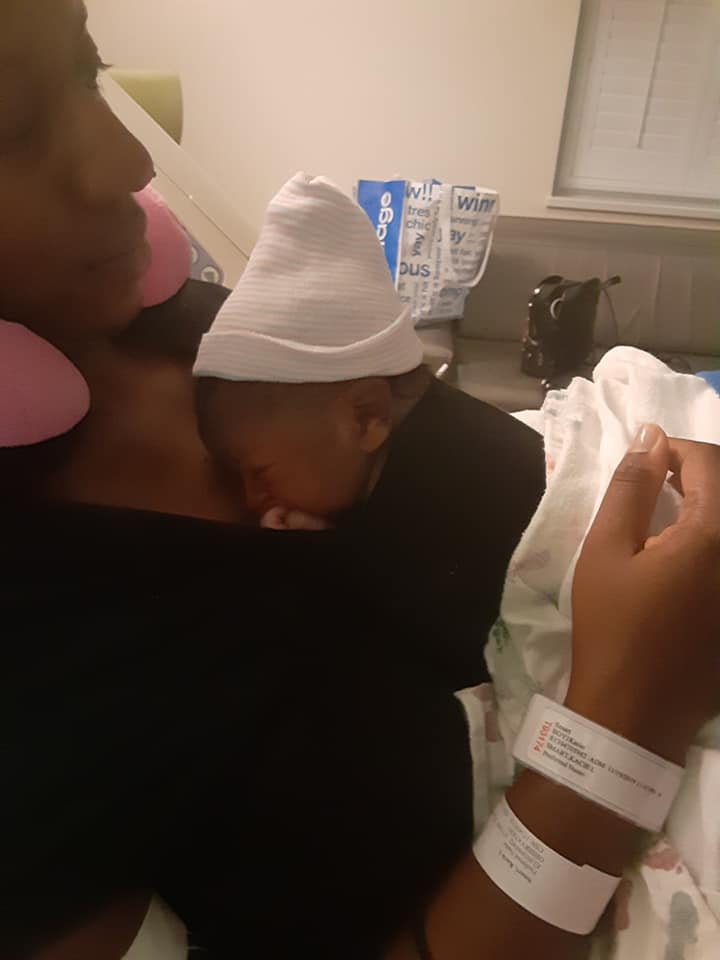 “I told my husband I was feeling like tonight would be the night and I was right. The waves continued to increase in length and intensity and as they did my anxiety melted away. I was just so excited and ready to meet my son. Each wave was a relief because I knew at that point he was coming.”

Not sure why I had such trouble waiting for my little one as my daughter and first hypno-baby came 7 days post guess date (Hypnobabies word for due date). Maybe because it was the second baby, maybe because it was a boy, probably because every pregnancy/birth is different. 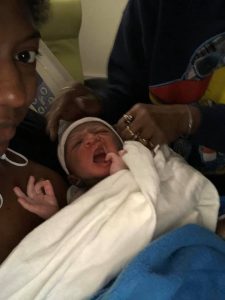 My practice waves (Braxton Hicks) started about two weeks before he came (this may have also contributed to my impatience). I had consistent waves but not growing in length or power so after waiting while listening to some tracks they dissipated leaving disappointed. This happened twice more each time with more powerful waves, I began listening to Your Birthing Time Begins (Hypnobabies reminder of all tools for birthing), Fear Clearing (Hypnobabies track to release any fears), and Visualize Your Birth to prepare, still nothing.

The next day (at 40+4), I had an appointment with my doctor who scheduled an induction for the following week which would put me at 40+11. This made me more anxious than I already was for him to come out. She assured me that he’d likely come before this but it was still a difficult conversation to have. That night, again more powerful waves, we go to the hospital.

When I arrive I’m the same 1.5 cm as I was that morning at my office visit. They don’t admit me but keep me to monitor progress. After about two hours once again the waves dissipate and I go home. At this point, I have become very anxious and feel lost like I’m not in touch with my body and my baby like I wanted to be. I was confused, frustrated, and just ready to have my son in my arms. So, I reached out in the Hypnobabies Support Group for words of encouragement which of course I got. Kerry Tuschhoff’s recommendations to try the Come Out Baby track (Hypnobabies track to encourage baby to be born) and try Spinning Babies worked beautifully. 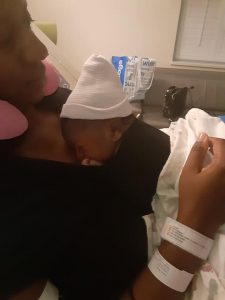 Since being sent home the previous night the birthing waves (Hypnobabies word for contractions) never stopped but remained sporadic. So, it was a day of rest for my body but my mind struggled with that. So, I tried one of the Spinning Babies stretches and downloaded the Come Out Baby track. I put it on and laid down, I fell asleep towards the end and took a nap. When I woke up the waves continued, seemingly more powerful. But after all the practice waves I wanted to be sure.

I took a shower and went down to the living room to spend some time with my daughter who had just gotten home. I told my husband I was feeling like tonight would be the night and I was right. The waves continued to increase in length and intensity and as they did my anxiety melted away. I was just so excited and ready to meet my son. Each wave was a relief because I knew at that point he was coming. 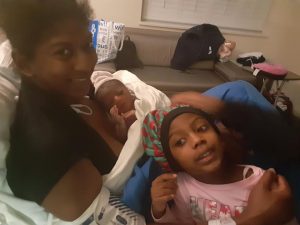 My husband began timing them and they were about 2 minutes apart. I use the restroom and have a powerful wave, it’s go time! So, we get to the hospital I am 3 cm. By the time we get upstairs to a room, I am 5cm. At this point, my body is beginning to push with some waves. I relax, I lean on my husband, let my body lead. I push with the next wave, reach down out comes the bloody show.

A few more powerful waves happen and I feel the need to use the restroom. I do, another powerful wave right after. I go back to the bed and stand leaning over it. More powerful birthing waves and my waters all over the floor. I get back in the bed, somehow know it’s time. A few more powerful waves with my body’s natural pushing, I reach down. Another powerful wave, I feel his head come out. I’m touching my baby’s head! With the next wave out comes his body myself and my nurse catches him. He’s here, he’s finally here! His cord was wrapped around his little body so she unravels him and puts him on my chest. I’m relieved, I’m so happy, he’s perfect. He latched on right away.

Once I arrived at the hospital he was born within two hours. So quickly that my doctor had not arrived yet (mostly because the nursing staff doesn’t just take your word for it when you say the baby’s coming) they kept wanting to check my progress but I said no. I knew he was coming and that was enough for me. My doctor did arrive in time for the birth of my placenta. 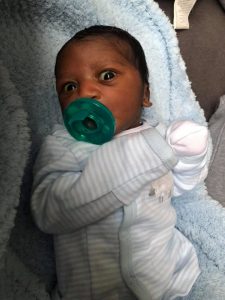 My daughter (3 years old) came in to meet her brother as soon as she saw him she said, “I love him soo much”! After all the waiting and (self-imposed) anxiety I had a beautiful birth experience for the second time using Hypnobabies. Take away- Don’t doubt yourself, ladies, you will have a wonderful birth, the one that’s right for you and your baby. I did.