Hypnobabies Mom Arrives at Hospital 10 cm Dilated Unsure She is even in Her Birthing Time! 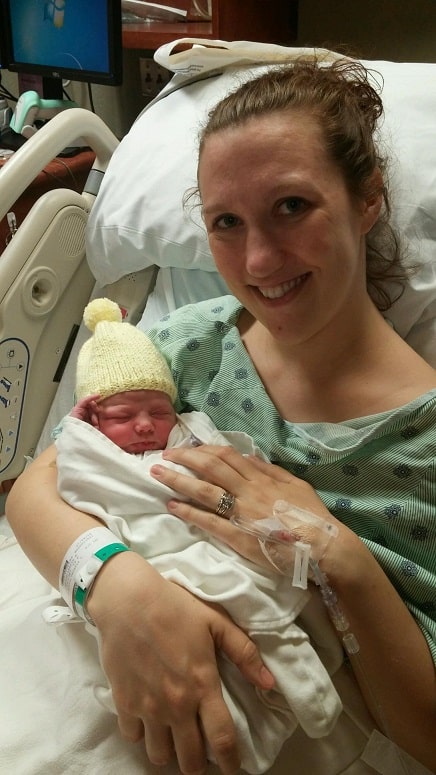 Hypnobabies Mom Arrives at Hospital 10 cm Dilated Unsure She is even in Her Birthing Time!

“I was very controlled and nursing staff told me they had never seen anyone so calm at that stage of birth. My sweet husband then bragged about how I used Hypnobabies and a nurse stated “that’s what I’m going to do when I have my next baby!” 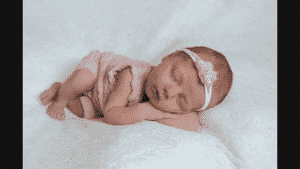 At 19, during my freshman year of college, I took a child development course and during this course, the professor showed us two birthing videos. The first was a woman screaming and yelling as she delivered. The second was a woman calmly breathing out her baby using hypnosis. This intrigued me and it was at this time that I decided when I had children, I wanted to deliver using hypnosis. I got married at age 27 and when I was 28, conceived our daughter. I researched different natural birthing methods early in my pregnancy and again was excited about the idea of birthing with hypnosis. I live in a rural area with no nearby Hypnobabies courses, so I purchased the Self-Study Course and began at 15 weeks gestation. 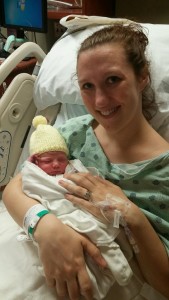 I was overall pretty faithful with my course, though working 12+ hour shifts in an ER did occasionally prevent me from my daily practice, though I made sure to listen faithfully to my Joyful Pregnancy Affirmations track. I felt great throughout my pregnancy after starting the course, without back pain, swelling, cramping, and I never even had a Braxton Hicks! I attribute this to the relaxation I achieved daily during my hypnosis practice. I used my Bubble of Peace the best that I could, given that part of my job in an ER is taking care of women with pregnancy and post-partum complications and made sure to focus specifically on the encouraging birthing stories I heard.

On July 4, 2016 I was 36 weeks and 6 days pregnant and my husband and I watched some birthing class videos online. He left for work at 8 pm and at 8:30 pm, while sitting on the couch, I felt some warm fluid. Hesitant to believe that my water had broken, I put a towel on my birthing ball and rocked for about 10 minutes before standing again, at which time it was quite clear that my water had broken. I was having no pressure waves yet and felt normal otherwise, except for some butterflies, as I knew we would soon be meeting our little girl! I called the OB who instructed me to stay home as long as I felt comfortable to minimize the chance of interventions and if I had no pressure waves by 4-6 hours, to come in and be induced to reduce my risk of infection. I called my husband to come home, dimmed the lights, sat on my birthing ball, and turned on my Birthing Day Affirmations. After about 45 minutes, I began getting very mild pressure waves, much milder than any menstrual cramps. I continued rocking on my birthing ball and breathing slowly. The pressure waves continued for approximately 45 more minutes, as my husband packed the car and installed the car seat. At this time, I timed my pressure waves as it seemed I had less time between them. They were timing 2-3 minutes apart. I was still hesitant to believe this was my active birthing time because I was still so comfortable. I asked my husband to make me a peanut butter sandwich and some milk to get some protein, as I knew they would not let me eat after I arrived at the hospital. While he was preparing this, I repeatedly had the sensation of needing to pee every few minutes and in the short time it took him to prepare the food, I had lost my appetite. At this time, we felt we should go to the hospital to be checked. 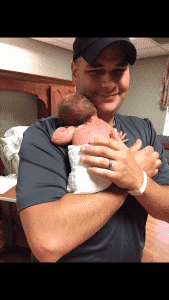 During the 15 minute ride to the hospital, the pressure waves strengthened and I started getting chills. I did use my Mental Light-Switch and Finger-Drop technique [Hypnobabies tools for entering hypnosis] in the car, maintaining in Center Switch but still quite comfortable. My husband and I joked about having a 4th of July baby who could have fireworks on her birthday, but figured there was no way this was possible since it was 10:45 PM already. We arrived at L&D and stood at the front desk for 10 minutes filling out paperwork, after I arrived with the proclamation “I think I’m in my birthing time.” The nurses there were going to put me in a preliminary room to check me until I said my water had broken, at which time they seemed to reluctantly debate on which of the birth rooms to put me in. (I later found out that they genuinely didn’t think I was even in my birthing time because of how comfortable I looked!) After my husband shot them a glare, they walked me to a room and after quickly using the restroom, I crawled into bed to get checked. At this time, the pressure waves were still quite comfortable. I was experiencing mild nausea and had to concentrate on breathing slowly when they occurred but I still felt no pain and I was not moaning. When the nurse finished checking me, she was silent, so I asked how far dilated I was. She asked “Do you really want to know?”At this point, my husband and I both assumed I was barely dilated, if even really in my birthing time. That is, until she answered “You’re ready.” My husband and I exchanged shocked glances as she radioed for the nursing staff to come to the room, call the OB, and call the ER doc. We were going to have a baby!
It was at this point that I lost my focus a bit, as I really had doubted that I was really in my birthing time and certainly didn’t think I would be this far along. The nurse instructed me not to push while the ER doc rushed over. A few minutes later, he arrived and I pushed through 2 birthing waves with him. Then, the OB arrived and I pushed through 2 birthing waves with her. They did try to do directed pushing , which I followed to a degree but I also listened to my body and if I didn’t feel the need to push, I didn’t, 21 minutes after arriving at the hospital and less than 3 hours after my water broke, I delivered my beautiful 6 lb 2 oz, sweet baby Madeline. I pushed for less than 10 minutes. Due to losing focus, I did feel some of the “stinging” while crowning, which immediately went away after delivery. I feel very confident that if I had been using my Light-Switch again, this would have been minimal. Even coming out of hypnosis and not having time to use the Pushing Baby Out (or even the Easy First Stage) tracks, I was still very controlled and nursing staff told me they had never seen anyone so calm at that stage of birthing. My sweet husband then bragged about how I used Hypnobabies and a nurse stated “that’s what I’m going to do when I have my next baby!” 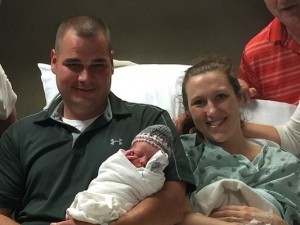 I am absolutely planning on using this method again for future pregnancies and my sister is starting the course now for her little one, who is expected to arrive in March! I enjoyed the process of self-hypnosis as much as the experience of my birthing time and still find myself using the Finger-Drop method to relax myself to sleep at night 🙂

THANK YOU for a stellar program!