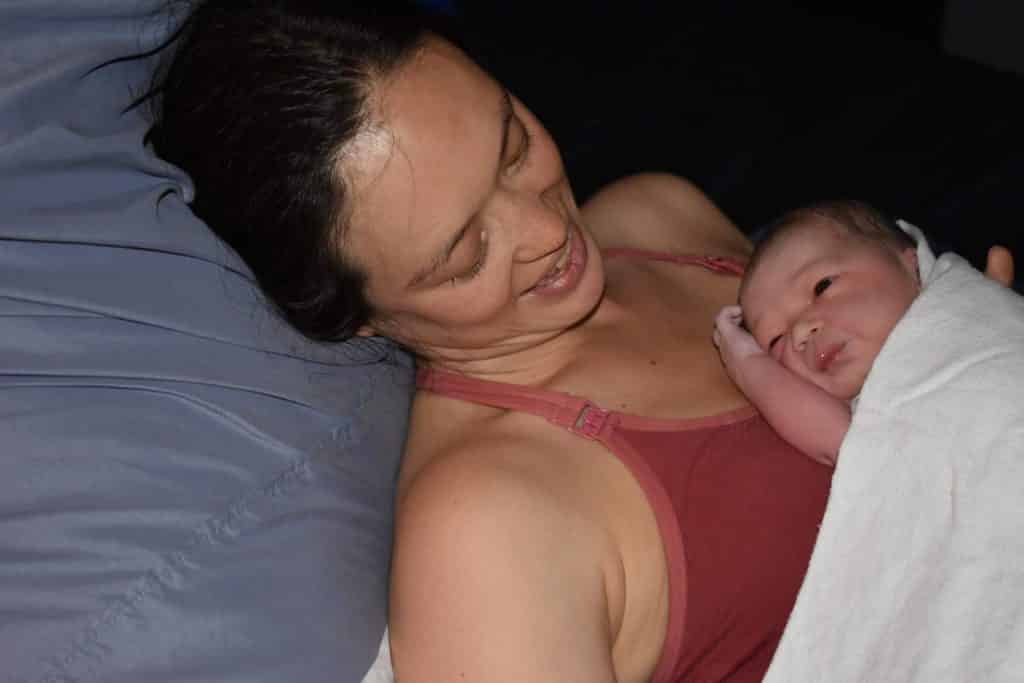 “I found the toilet to be a really comfortable position so I didn’t want to move anymore haha! stayed there for a little bit, then the midwife asked me if I wanted to have the baby there, and if not then I really should move to where I would want to have her.”

It started on the 4th of July at 1 in the morning (at 00:58 if you ask Leo – because he had gone to bed just shy of an hour before that). I thought I just had to pee but I didn’t make it all the way to the bathroom and quickly realized it felt much different than usual. That woke Leo up, of course, he wasn’t very awake at that point so his reaction was “it’s fine, just sleep on it and we’ll call the midwives in the morning”. I called them when it happened instead since I had tested positive for Strep B and needed the antibiotic. They told me to come in just to check, where they confirmed it was my water and started the first dose of antibiotic. (I still didn’t have any birthing waves *contractions*) We drove back home for the 4 hours stretch and went back to sleep – I started listening to the birthing day tracks like Easy First Stage (Hypnobabies main birthing time track) during this time as well. 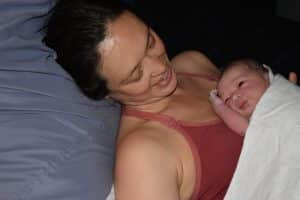 Then about an hour and a half in I started getting pressure waves (Hypnobabies word for contraction). Then we drove back to the center for the next dose. Since I was awake and started getting the waves but they didn’t feel bad at all I decided to make sure progress wasn’t slowing down by making sure I was moving around, sitting was not very comfortable towards the end of the pregnancy anyway so that was not that hard. And Leo went to get us a big breakfast since the midwives said it would be good to have a hearty breakfast since I would most likely not be too hungry later in the day.

By the next round of antibiotics, I had my waves every 3 minutes and they were just shy of a minute every time, so we decided to stay at the birth center. we stayed in the room while I was having the IV – then there was an earthquake while I was on the ball haha – and we decided to go to the park across the street after.

we went walking in the park, and I did some curb walks as well, which seems to really have moved the waves along. By the time we made it back to the center, I was having the pressure waves at a much faster rate and much closer together, they were also definitely getting stronger, so I asked if I could get in the tub, which they let me do. The water felt awesome! It made the waves very comfortable again, and Leo helped me make sure I was changing positions while I was in the tub to make sure there was still some movement. He was also constantly helping me hydrate, and the midwives where right I did not want any snacks!

At some point in the tub apparently I became way more vocal when I had the waves, so when the midwife asked if I could maybe move to the bathroom to see if maybe I had to pee, and that way she could check me as well. I hadn’t been checked since the beginning because my water had broken so they didn’t want to risk that, and I only got a cervix check once towards the end since I asked they didn’t tell me how much it was but I think they told Leo.

I found the toilet to be a really comfortable position so I didn’t want to move anymore haha! stayed there for a little bit, then the midwife asked me if I wanted to have the baby there, and if not then I really should move to where I would want to have her. So, I thought about the tub but that really didn’t seem comfortable anymore so I tried a supported squat with Leo behind me. Here Leo helped A LOT, he gave me the hip squeeze which felt amazing and relieved so much from the waves it made them easy to have! 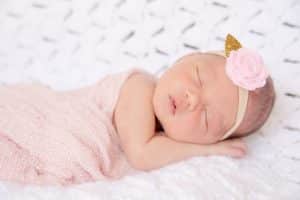 At this point, Leo changed the track to the Pushing Baby Out (Hypnobabies track just for pushing) because it sounded like I was grunting (exactly like Angela had said in class!). At this point, it took a lot of focus, every wave. the biggest issue I had was at this point, not because of the waves or pain, but mainly because I could not for the life of me find a comfortable position and couldn’t find the grip to push. So, I think I ended up changing positions like 5 times and ended up leaning against Leo in the bed in a half-reclined position. The last little bit was also the hardest (and at that point the track had stopped), I was having the most amount of doubt about my ability to actually do it, but again Leo was the best support ever because he kept reminding me I could do it, and to relax. He was the best support I could have asked for.

I ended up needing a little assistance from the midwife in the end on the pushing because I was doubting myself. But in the end, I did it and managed to push out my little 7 lbs baby out by 17:17. 😀Then after about 2 hours with baby Leo had to drive to LAX to go pick up my mom haha! So, it was also a great surprise for her since when she boarded her flight I hadn’t even started my birthing time (Hypnobabies word for labor) yet!

The overall experience was amazing and from start to finish! And the classes definitely helped with that overall experience because I came into this prepared and expecting it to be a lot more uncomfortable then it ended up being (except for the last 10 minutes, but that was an overall of 5 pushes maybe)!