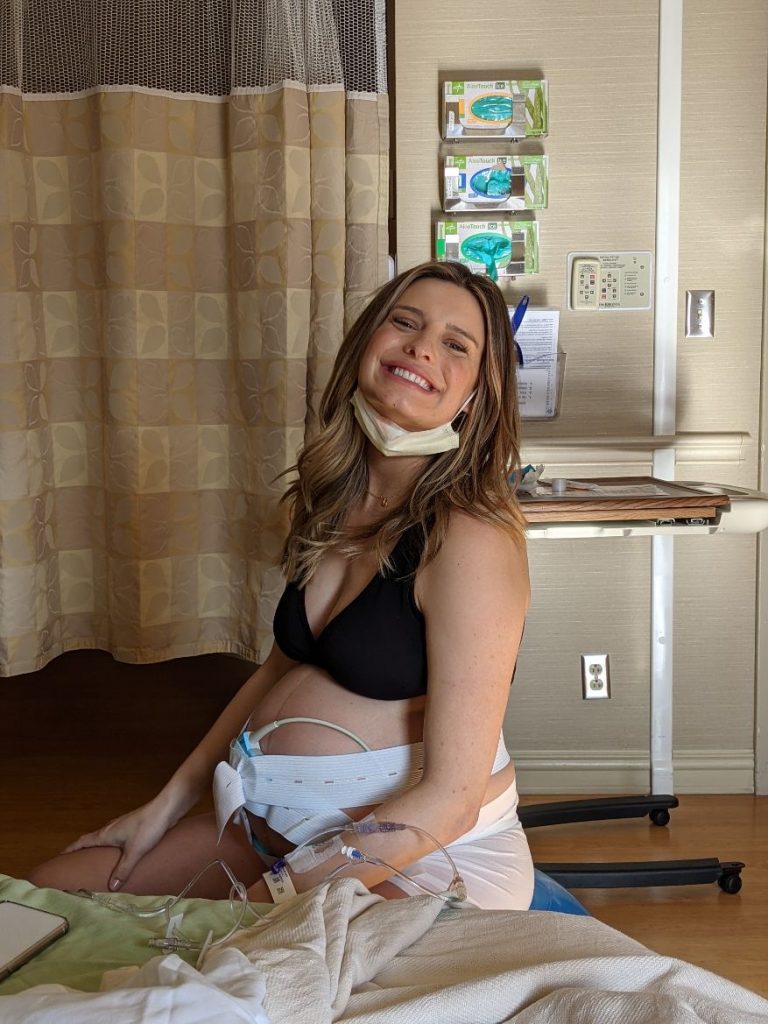 “My husband was so supportive and reassured me that the more powerful the waves were, the closer I was to holding our girl.  About 40 minutes later my body began to push on its own and I told the nurse that the baby was coming. She checked my cervix and immediately called the doctor and said the baby was close!”

I wanted to share my birth with the Hypnobabies team as it truly transformed my life and gave me a confidence I have never felt before! The skills I learned through the home study program have carried into my parenting and have been such a blessing. 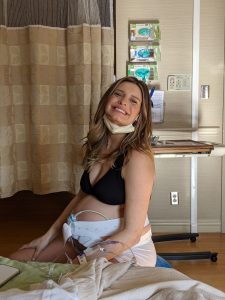 I had been experiencing consistent prodromal birthing waves (Hypnobabies term for contractions) since 37 weeks. Each night I would listen to my Fear Clearing Track (Hypnobabies track for releasing fear) which helped put my mind at ease and know that my daughter would arrive on the perfect date (when she was ready!), however; the two weeks before her birthdate was the most emotional for me, as the prodromal waves made it difficult for me to read my body’s cues and were quite uncomfortable. One night I experienced waves 3 minutes apart for 10 hours, and my doctor was sure I was in my early birthing stages but was sent home after a few hours in the hospital.

We went to grab milkshakes on Valentine’s Day and while waiting in line I thought I peed my pants. I was very embarrassed, but at 39 weeks I thought that the pressure of the baby, who was at a -2 station, could have caused that to happen. I was experiencing irregular birthing waves but assumed they were also practice. My husband and I laughed the whole way home because pregnancy had brought many unexpected changes in our life! 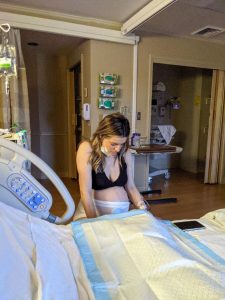 The next morning (on my birthday!) when I went in for a doctor’s appointment, I causally mentioned the milkshake ordeal. My doctor asked to do an examination and realized that my water had broken the night before. He calmly asked “Where’s your husband? Do you have your hospital bag?” I was going straight to labor & delivery to be induced. It was the most wonderful birthday gift, knowing we would meet our daughter soon! We had discussed a scheduled induction the week before because I was having a lot of discomfort with the practice birthing waves, but it didn’t feel right in my heart. In many ways my water breaking gave our family so much peace because we knew our daughter would come exactly how she was supposed to, even if it was a bit unexpected!

I was started on Pitocin at noon to get things moving along, which immediately kicked in. I chose to listen to “Easy First Stage” (Hypnobabies main birthing time track) and “Fear Clearing” track while I rocked on an exercise ball. My husband sat behind me throughout the birthing waves and provided counter pressure during each wave. Although the waves continued to gain in intensity, I felt joyful. At the beginning of each wave, I would remember that our daughter would be with us so soon! It was such a powerful image, and it gave me so much confidence in the amazing things my body was doing. 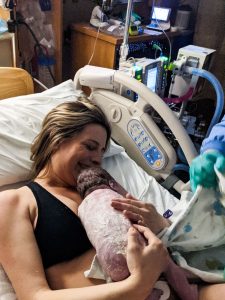 At midnight the nurse checked my cervix, and I was 6 cm dilated. The first 12 hours felt like three, because we were continually listening to hypnosis tracks. I tried various birthing positions, but I always ended up back on my birthing ball. I chose to play my hypnosis tracks on a speaker so I could move around the room more freely, because I had to also bring my IV cart with me as I moved. It helped keep our room calm and peaceful, because the nurses and my husband could also hear the tracks as they played. 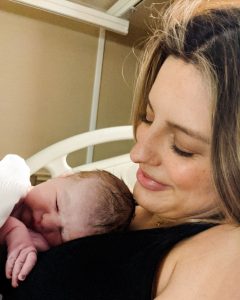 The intensity really began to peak, and I began to worry about pushing. My husband was so supportive and reassured me that the more powerful the waves were, the closer I was to holding our girl.  About 40 minutes later my body began to push on its own and I told the nurse that the baby was coming. She checked my cervix and immediately called the doctor and said the baby was close!

At 1:15am I was asked to lay in the hospital bed on my back, but I was incredibly uncomfortable. I laid on my side supported and was provided with Nitrous Oxide to use at will and immediately felt 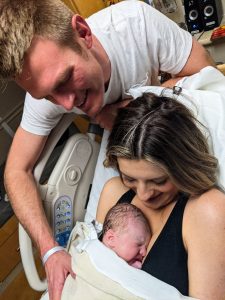 powerful and peaceful. As I began to push the hospital bed would lower and raise. I thought that the doctor and nurse was adjusting it to make the birth more comfortable. Later my husband told me that as I would bear down for pushing, my forehead would hit the buttons on the side of the bed to adjust it. This is one of my favorite parts of her birth because although I didn’t know it was happening, it kept things light and humorous for the rest of the team. At 1:35 am my daughter was born. She weighed 7 lbs, 5 oz and was 20 inches long. I immediately began to laugh when they placed her on my chest because I felt so much love and happiness! She stretched out her legs and arms and it made me cry, because I recognized that stretch from when she was still snuggled inside me. It was all so new and familiar at the same time.

My body did so much work through my birthing time (Hypnobabies term for labor), but I never felt alone.