I went to my midwife appt on Tuesday (after having birthing waves for a while Monday night and having them stop) and I was at 4cm.  However, my blood pressure had been elevated at the last few appts–it was 156 over 96 on this day (my usual is 120 over like 70) and the midwife was concerned that it could be a precursor to something worse.  I agreed, as I’ve never had high bp, and she asked me to come in around noon on Wednesday to get things started.

We decided to take the two youngest girls out to lunch on Wednesday, so arrived at the birth center at around 2 pm.   She gave me something to place under my tongue and went back to other rooms to finish her appointments.  I could have left, but decided to stay and listen to my Hypnobabies cds.  I started with a deepening session, just to help me relax and once I felt the first little pressure wave, I switched to easy first stage.  I think i listened to it twice. 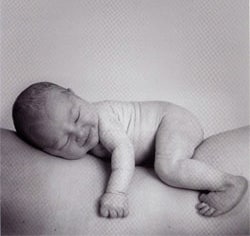 The first pressure wave was truly felt around 3:15 and I told Dee I don’t know why I even bothered to come in on Monday morning, as it was a large difference in feelings.  I walked around the room a bit, sat on the birth ball, and continued listening to easy first stage.  MW came in and did the quanine wash (was gbs positive, didn’t want an iv and antibiotics would not have had time anyway!) and at 4 pm, she checked me and said I was between 5 and 6.  I told her to expect baby around 6ish.  I asked for tub time and she said she’d rather wait till I dilated a bit more.  At around 4:30 I asked again and she started filling it.  I was now 6-7 cms and so it was all good.The pressure waves felt like menstrual cramps–if there was a mention of p***, it would be that type of p***, but for the most part I just listened to my mp3 and went deeper.  The water was wonderful, and I sat in it the rest of the time.  As time passed, I was a bit more vocal–my breathing out became ahhhs (soft ahhs) and it seemed to help.

I almost panicked–I knew this was transition and I’m afraid of transition.  I joked with the mw assistant, and i told her I was at the stage where my mind said, “What was I thinking? Natural Childbirth!”  Before this, they couldn’t tell when I was having contractions.  My ahhing helped.

Then the lull happened.  I don’t ever remember feeling this before.  The pw’s stopped and I had a slight breather.  It felt like a few seconds, but it was nice.  Then they started up again–at this moment the easy first stage stopped and pushing baby out mp3 started.  It was eerie, how well-timed it was.  I tried telling the assistant I was feeling pushy and instead just whispered, “Pressure.”  Then the vocal noises changed to a deeper AHH sound.  She stood up and ran to get the mw.

MW came, said, “Let’s see where you are.”  Stuck in her fingers and said, “Oh +3.”  Then the head was there and I needed to move a bit so she had more room but I didn’t want to.  The pw’s were starting to hurt, but mostly (and I knew this) it was just my fear of the pain that made me not want to move.

I calmed myself, listened to the words of the mp3 and went deeper.  Then I moved forward and pushed out the head.  I had to stop a moment as baby had cord wrapped around neck and shoulder and then I pushed her out.  Maybe totaled 5 pushes, but they were small so I wouldn’t tear.

She was placed on my chest and took a minute to pink up–was a bit blue so oxygen was held over her.  When cord was done pulsating, it was cut.  I left the tub to get warmer and pushed my placenta out on the bed.  Over all I didn’t bleed much, and it’s already pretty light.  She was born at 6:13pm –3 hours after I felt the first ‘contraction.’  I’m glad I didn’t go anywhere. 🙂

I think that’s it.  Not a lot of story, but I’m glad I chose Hypnobabies.  It was a quick, easy birthing. 🙂