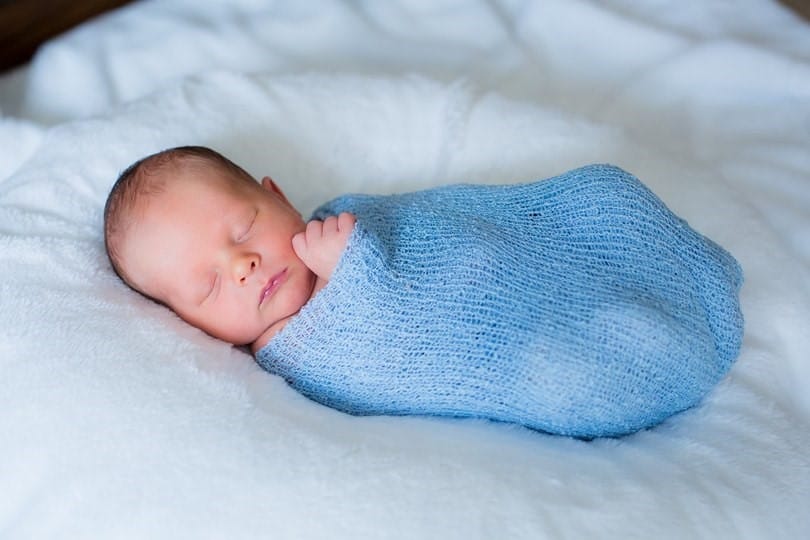 “All in all, my birthing time was about 5 hours start to finish. I’m so pleased with how well the birth went and I know that Hypnobabies made it a smooth and peaceful process.”

The week leading up to Zachary’s birth was full of false alarms. Lots of waves…no Zack…lost mucus plug…no Zack…even when my water broke…no Zack. On the night of October 15th, I went to bed and Zack was moving around like crazy. He was so active that I was actually worried that something was wrong. The next morning at 4:45 am, I woke up to my water breaking. Zack must have kicked it open with all his movement! This is it, I thought. I couldn’t sleep anymore because I was too excited. I was getting some very mild waves and I started timing them while listening to Hypnobabies hypnosis tracks. They were about 3-8 minutes apart but so mild I had to feel my belly to know when they were happening. I texted Mom to let her know today was the day and had Dana pack all of our things in the car. And then…nothing happened. 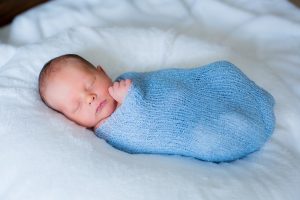 I had a midwife appointment at 12:00 that day, so I went in with the whole family circus. They monitored me and reported that I was not yet in my birthing time, but since my water had broken they gave me a 24-hour limit for it to start. If my birthing time had not started in 24 hours, they recommended induction due to increased infection risk. As the day wore on I became increasingly anxious about this, since my goal was to give birth medication-free and I did NOT want Pitocin waves. I tried several things to induce my birthing time naturally: going for a walk, sitting on the birth ball, I took a nap to try to get more energy since I hadn’t slept for most of the night…nothing was working.

At the end of the day my last attempt at starting things up was to nurse Liza to sleep. She nursed for about an hour from 10:30-11:30. Waves started up and were getting stronger and stronger. I got up and went to bed and lay timing them, not convinced I was really going into my birthing time because they could be just practice waves again that would taper off. After a half hour of timing, waves were 2-5 minutes apart and very strong. It worked–not many kids can say they played a part in their sibling being born! I woke up Dana and we got ready to go. As we were going out the door, I really had to poop. I told Dana and said I don’t know if I should try though because I don’t know if it’s really feeling poop or the baby. He thought this was ridiculous and told me to go use the toilet. I played it safe and said I’d go when we got to the hospital.

I listened to Hypnobabies hypnosis tracks throughout the time that birthing waves started, and this allowed me to stay calm, switch off during waves, and breathe through them. I stayed focused on the Easy First Stage track for the deepst hypnosis and comfort during the drive to the hospital and the wheelchair ride to antenatal. They hooked me up to the monitor and left the room. It seemed they had been gone forever and I told Dana he needed to get them because that feeling of needing to poop had gotten stronger and I really wanted to push. They came back in and took me to L&D.

Once we got there I breathed through waves laying on my side for a short time, then I asked the midwife to check me because I wanted to push. She found that I was 9 cm, so I couldn’t push just yet, and said there was also still a bag of water that had to be broken. This was confusing because I thought my water had already broken! She explained that the water bag had probably torn higher up in the uterus and there was still the bottom part that had to be broken. I asked what position would help me to break the water bag and she suggested using the squatting bar. I really liked doing this because I could relax into the waves better.

I kept calm for another 45 minutes to an hour even though I still really wanted to push. The midwife was amazed at how calm I was and said I looked like I was dilated to 3 cm when it was really 9. Then I asked her to check me again and she said I was ready to push. It felt SO GOOD to finally start pushing as I had the urge before we even left the house. The water bag broke shortly after and then the baby was ready to come out. A few pushes in squatting position and the midwife said I needed to lay on my side to finish. It really helped to open my mouth and say AHHHH just like it says to do in the Hypnobabies book. A couple more pushes and he was out at 3:36 am on October 17th, 2018.

They laid him down on my chest and it was so exhilarating to feel that warm wiggling new life in my arms. I loved him immediately in a completely primal, instinctual way. He latched on and started breastfeeding shortly after.

After birth I did need to have Pitocin and another medication because I was losing too much blood. The midwife had to manually pull clots out of my uterus. I’ve heard that this is extremely uncomfortable, but with my my Hypnobabies techniques I was able to tolerate it well and it was fine. A couple hiccups with the baby were that they wanted to keep checking his oxygen level because he was grunting every time he exhaled – however they later said this was because I pushed him out so fast that he didn’t have the compression on his lungs to force the amniotic fluid out – this took about 24 hours to clear. He also had a very marginally low blood sugar right after birth, and they wanted to give him a little formula to bring it up. It was fine afterwards, and he’s had breastmilk ever since.

Finally, we were brought to the maternity ward and got to relax a little. We were exhausted but happy with our new little love. All in all, my birthing time was about 5 hours start to finish. I’m so pleased with how well the birth went and I know that Hypnobabies made it a smooth and peaceful process. My husband said I was so quiet and calm the whole time compared to my last non-Hypnobabies birth in which I was yelling and screaming the whole time. Baby is perfect. He was 7 lbs 5 oz, 19.5 inches long, bright red and with the softest of skin. We have so enjoyed the past 2 weeks with him since his birthday. ❤️❤️❤️