Too-early Solid Food Could Lead to Problems for Babies

“At least 40% of moms are feeding their infants solid foods far too early, according a new study published in the medical journal Pediatrics, and that may lead to problems for their children later in life.” 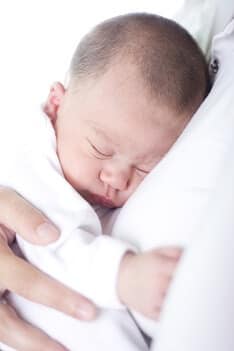 At least 40% of moms are feeding their infants solid foods far too early, according a new study published in the medical journal Pediatrics, and that may lead to problems for their children later in life.

Researchers wanted to know how many babies were being fed solid foods (including cereal and baby food) sooner than recommended, whether breast-feeding or formula feeding made a difference and why solids were being introduced early. When the study began in 2005,  the American Academy of Pediatrics (AAP), which also publishes the journal Pediatrics, recommended introducing solid foods when babies were between 4 and 6 months old.

Giving your baby solid food too soon has been linked to a higher risk of obesity and diabetes, according to the study. Also, “starting infants on solids before 4 months can lead to allergies and eczema,” says Dr. Jennifer Shu, an Atlanta pediatrician and AAP spokeswoman who was not involved in the research.

Parents need clear and accurate guidance on when to introduce solid food to their babies, and pediatricians and health care professionals need to support them, says Scanlon, by explaining to the parents that crying doesn’t always mean the baby is hungry – it could also be wet, sick or lonely.