Hypnobabies moms are encouraged to follow their body and push in whatever position feels right to them! 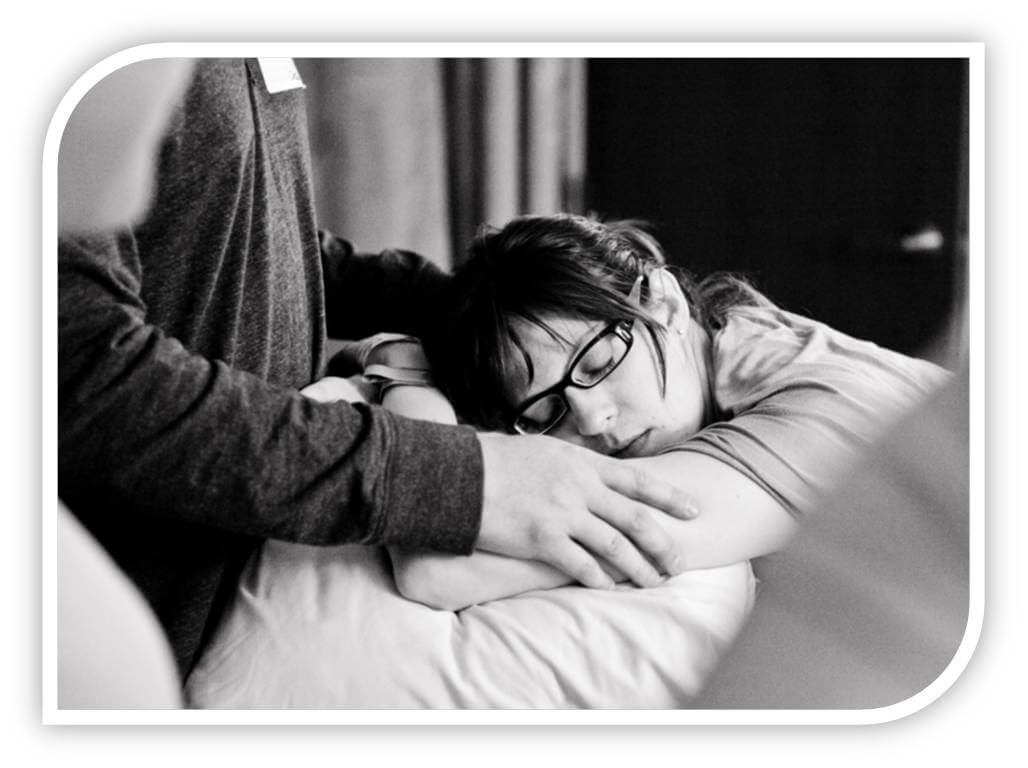 Current obstetrical practices during second stage were developed with the attendant, rather than the birthing mother, in mind. The lithotomy position, with a mother flat on her back and her feet in stirrups, was once the standard position in hospitals for women to give birth and in some hospitals it is still the norm. This was believed to be the ideal position for doctors to deliver the baby while sitting or standing in attendance. The doctor had easy access to watch, to help with delivery if needed, and to intervene when he or she felt it necessary.
Whom it wasn’t ideal for was the mother who has to push her baby uphill against the force of gravity when lying on her back. The common lack of progress despite the mother’s strong efforts often led to a forceps delivery of the baby. With the mother’s perineum stretched by the positioning of the stirrups making tearing was much more common. Doctors started to believe that episiotomies were needed to “protect” the mother’s perineum because of the large number of tears they observed in this position and the difficulty women had in pushing their babies out while lying prone. Episiotomies became the norm and were easy to do for the doctor because of the access to her perineum. Today, episiotomy rates are
plummeting as this research confirms that the side effects of unnecessarily cutting the perineum are long lasting and avoidable in most circumstances. Women revolted against the lithotomy position, and other routine obstetrical practices, in the late 1960’s and the semi-sitting posture is now seen in almost all hospital birthing rooms. But is this position any better for mother and baby?
You can find the rest of this article HERE.