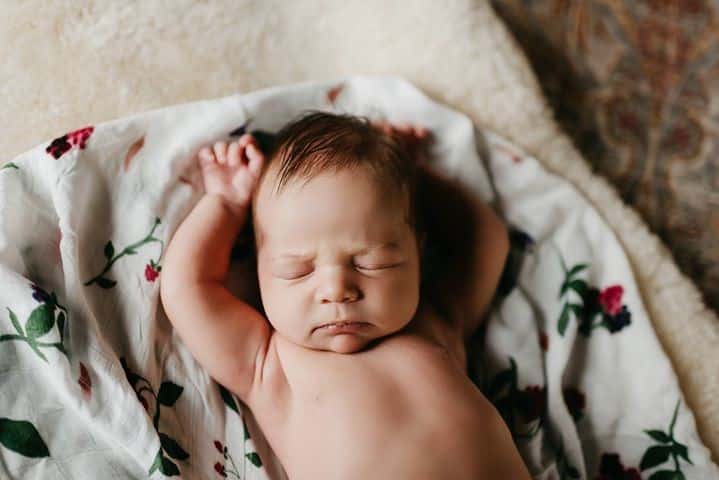 “I envisioned my hypno-anesthesia as orange ribbons wrapping around my body in the area where I directed it.”

At 9:30 pm the night before my guess date, I told my baby, “I am ready for you now, so you can come out when you are ready to be born!” Shortly afterward, at 9:56pm, my water broke. We consulted with our doula, and decided to try to get some sleep rather than hurry in to the hospital prematurely. 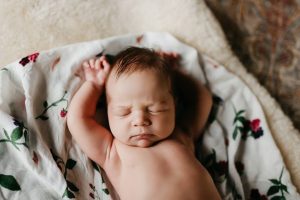 Within 15 minutes, my pressure waves began. They were consistently 7 minutes apart, lasting 35-45 seconds. I told my husband what was happening, and told him to go ahead and sleep, and I would wake him up when I needed his support. I was able to breathe “PEACE” (a Hypnobabies hypnosis cue) through each wave, and loosely time my waves by glancing at my phone when each one subsided. I envisioned my hypno-anesthesia as orange ribbons wrapping around my body in the area where I directed it. This went on for about three hours.

At 12:56 am I sensed that my pressure waves were becoming more frequent and intense, so I asked my husband to time them. Sure enough, they were now 6 minutes apart, and lasting 60 seconds. As they became more intense, I switched from breathing “PEACE” to moaning “PEACE” and kept directing my hypno-anesthesia ribbons where I needed them. Then the pressure waves became even more intense, and were rolling one after the other. I cried out, “I just need a break!” through about three of these intense and incessant pressure waves… and then I felt super pushy. I reached down and felt her head, clear as day! I yelled, “She’s crowning!” I instinctively provided counter-pressure and gently pushed her into the world. Her head came out in the first push, and her body slipped out with the second push. She was born at 1:16am.

Similar to my previous unplanned homebirth, I had been waiting for my pressure waves to get unbearable — and because of my hypno-anesthesia, my pressure waves were only “challenging” for a few moments of transformation (transition).