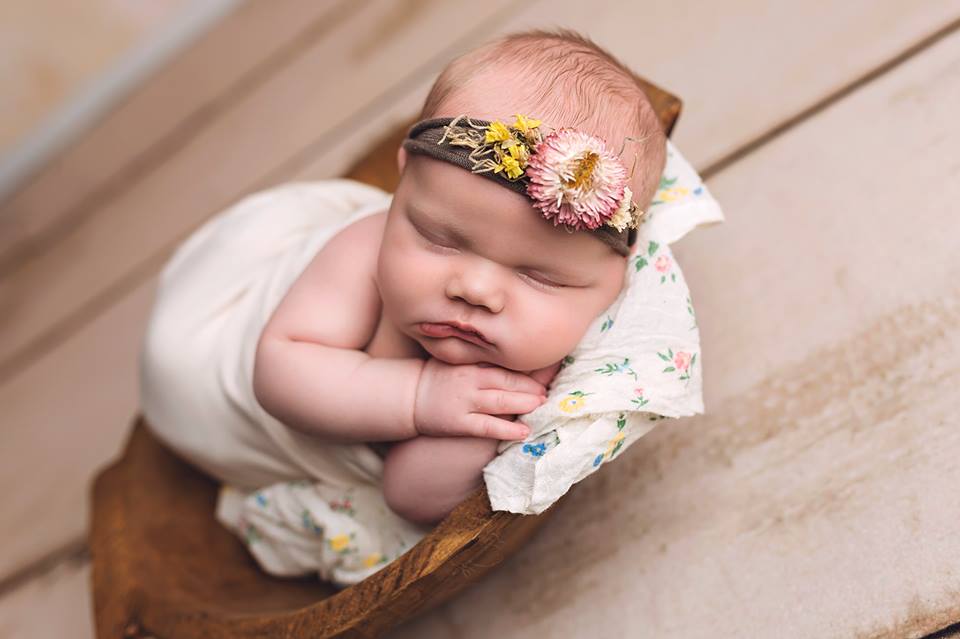 “I stayed in hypnosis, changing my light switch from the Center position to the Off position as needed while Easy First Stage continued to play. It took us about 50 minutes to get there and I stayed relaxed and mostly comfortable the whole time.” 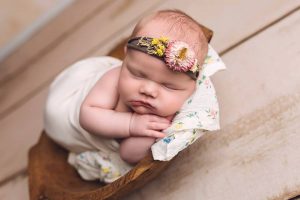 That day, my aunt and I walked the mall for a couple hours, ate lunch, took a nap, and I knew I needed Mexican for dinner. I’d been having Braxton Hicks getting stronger over the last week and had lost my plug but nothing told me my birthing time was imminent. I went to bed at 10 pm and loaded up Fear Clearing and Visualize Your Birth on my playlist and drifted off to hypnosis sleep. Shortly after 11 pm I came into awareness to a birthing wave. It was definitely different than all the Braxton Hicks I’d been having.

I continued to listen to my track still playing but another two waves came shortly after. I told my husband that I’d had a few as he was coming to bed and he replied “uh oh. I better get some sleep” and he promptly fell asleep. I got up to use the restroom and had another one. I cued up My Birthing Time Begins and tried to rest between waves. I timed a few and they were 7 minutes apart. My aunt is a postpartum nurse who was working the midnight shift. I texted her a bit and told her the intensity was getting stronger. My other aunt was on standby to watch our toddler, so I gave her a heads up things were starting.

By 2 am, the waves were 6 minutes apart lasting over 90 seconds. I hadn’t been able to sleep but I continued to listen to Easy First Stage on repeat. This track was wonderful. I texted my aunt to come to the house so we could leave for the hospital when we needed to. It was super snowy and the roads were awful. My aunt who is a nurse was politely telling me to go to the hospital as soon as we could, given the intensity of the waves and the roads conditions. I woke my husband and got up to get the rest of our things ready to leave. The waves immediately got closer together, every four minutes lasting 60 seconds. I knew it was time to leave.

At 2:30 am we left for the hospital. I stayed in hypnosis, changing my light switch from the Center position to the Off position as needed while Easy First Stage continued to play. It took us about 50 minutes to get there and I stayed relaxed and mostly comfortable the whole time. At triage, the nurse hooked me up to monitors and checked me. I was 6cm. I was so relieved as that was my goal to be 6 cm at admission to the hospital. I was monitored for a bit, going back and forth between Center and Off with each wave. By the time we got to our room, it was almost 4:30.

Our nurse asked me admission questions while I sat on the edge of the bed, one earbud still in. I was staying mostly comfortable but things were getting much more intense. I wish I had laid down and gotten into deeper hypnosis at this point. By 5:00, I laid down and was clearly in transformation. I started trembling and had to work really hard to relax and use my Peace cue. After my first birthing time, that lasted over 24 hours, my husband and I couldn’t believe things were progressing so quickly. After three waves of laying on my side and trembling, I felt the urge to push.

I told my nurse who called the doctor who was thankfully in the hospital. I started pushing lightly with the next few waves as it felt good. I could feel baby getting lower and lower. The doctor arrived and checked me. I was 9.5cm and she offered to rupture my membrane, so I let her. The next wave, my body automatically pushed and I felt her crown. I was on my side and after her head came out, the doctor urged me to lay on my back and push again. There was a little urgency in her voice so I rolled on my back and pushed her the rest of the way out. This all happened during the same wave. They laid her on me and I felt instant relief and euphoria. My 9lb 5oz baby Anna made her way in what I felt was record time.

My first birth was Hypnobirthing. This one I felt even more prepared and had so many more skills. The tracks were perfect and although it wasn’t a 100% comfortable birth, it was so manageable and such a great experience. Other than time of day, my birth was nearly exactly what I had visualized. So so happy I chose Hypnobabies!!