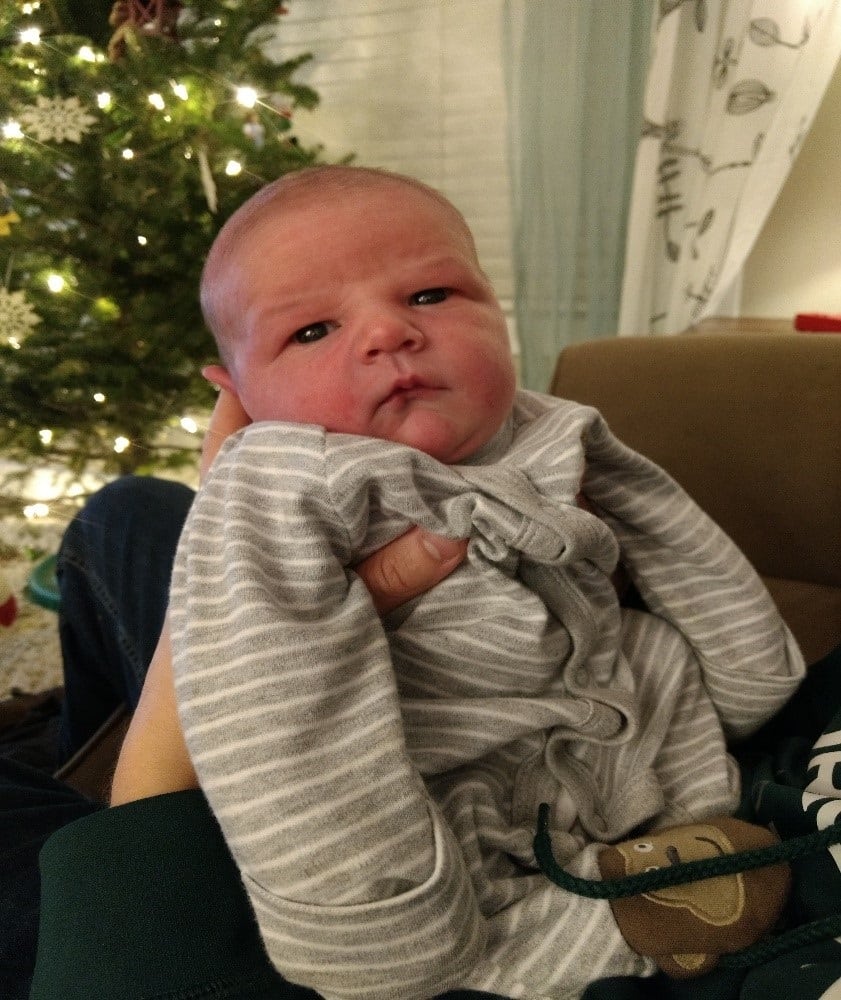 “I continued listening to “Easy First Stage” (Hypnobabies main hypnosis track for birthing to stay in deep hypnosis) the whole time during the drive I found it very comforting. I walked from the car to the hospital which was difficult but my light switch (Hypnobabies technique to enter hypnosis) was in center and I just turned it off during pressure waves (Hypnobabies word for contraction).” 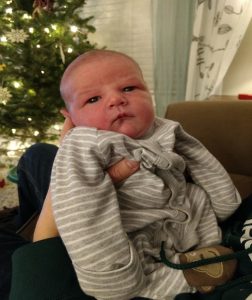 On Wednesday December 20 I woke up and went to my midwife appointment at 40 weeks and 1 day. An adjusted due date from my previously thought December 23. She did a membrane sweep which started early labor at a pressure wave every 30 min – 1 hour unless I was walking around and then they were every 10-20 minutes.

I decided to take my boys out for lunch one last time just the 3 of us I knew the baby was coming at this point by the next day. After lunch I went home and did some last minute things while I still could. My husband came home early and my parents came to take the two older boys overnight for a couple days. I watched an episode on TV and then needed to listen to “Easy First Stage” because I needed to quiet my mind and be focused. After listening to that I thought I would get up and move around.

While moving and standing pressure waves were 3 minutes apart but while sitting they were up to 8 minutes apart. I decided to listen to Easy First Stage again as my midwife suggested, to see if the pressure waves would come closer together while relaxed. After 30 minutes of this I realized that they were definitely coming faster and harder. I had one pressure wave where I lost control. My eyes were open and I was saying negative things like saying it hurt and I was scared.  I quickly realized the problem was I wasn’t in a comfortable position. I also had to use the bathroom. Once that was resolved I was able to stay in control.

We called the midwife and met her at the hospital. I continued listening to “Easy First Stage” the whole time during the drive I found it very comforting. I walked from the car to the hospital which was difficult but my light switch was in center and I just turned it off during pressure waves. Even if a nurse was asking me questions I didn’t respond because I knew my husband or midwife could answer any important questions.

We were in a room at 1 am. I still had “Easy First Stage” on because I didn’t have the desire or mental capacity to change it. I was focusing on the ocean waves. I wanted no one to touch me. I stayed sitting cross-legged on the hospital bed with my eyes closed while Steve set up the birth pool. I chose to ignore all the sounds and discussions related to the birth pool set up. I got an IV because I was GBS+.  When a pressure wave ended I would take deep breaths and repeat over and over “I can do this.”

At 2:15 am my midwife suggested I stand in the shower to use gravity to encourage the baby to come down. It sounded like hell to me (ha ha) but I got up and, through pressure waves, made my way the short distance to the shower. Suddenly my noises became very “pushy” so my midwife suggested she check me and maybe I could start pushing. I went back to the bed and avoided the shower (yes!) And once checked I was told I was 10cm. She said once your water breaks your baby will be here shortly. I thought that sounded good to me. So I pushed a little with the next pressure wave and my water broke!

The midwives helped me to the pool and it felt so good, so supportive and soothing. Then a pressure wave came and I pushed. They told me to slow down! I was trying so hard to listen to them but it was like I was fighting my own body. With the next wave the head was out and they instructed me to push out the body. I thought to myself I couldn’t believe this wasn’t over yet lol. So I pushed the body out and they assisted me to pick my baby boy up. He was born at 2:30 am. I just kept saying “I did that! I can’t believe I did it!” I had so much adrenaline I was shaking and shivering like crazy. I couldn’t hold Asher yet because of all the shaking. The heated blankets really helped calm that down.

A week after his birth I can really see how much better your body can recover from a non-medicated birth. We are so very happy with the arrival of our Asher. He was 9lbs 2oz and 21 inches. He has, according to the midwife, a head on the larger side and I did have tearing but it was minimal. I’m healing very well despite the busyness of the Christmas season.”