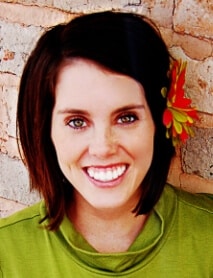 The Birth of Jane, by Kelly C.

I didn’t choose to educate myself about pregnancy and birth when I was pregnant with my first two children and I had very challenging births as a result.  My first son was born via cesarean.  My second son was a VBAC in the hospital with an epidural.  My second son, Sam’s birth was particularly difficult and led me to a different path when I became pregnant with my third son.  I knew I wanted to do things differently, so with baby number three, I hired a midwife, took the Hypnobabies course and gave birth at a free standing birth suite.  My perspective on birth completely changed after he was born.  I experienced how birth is meant to be–gentle, kind, and peaceful.  It transformed me in such a powerful way.

This is the story of Jane’s birth; my forth child, third VBAC, second Hypno-baby, and first home birth.

The night before my sweet baby Jane was born, my husband Jake and I stayed up late watching TV.  I was having pressure waves when I went to bed and even woke up during the night with more pressure waves, but then I would fall back asleep.  This was typical of the past 3 weeks, so I tried not to get my hopes up about this being my actual birthing time.  But, around 5:30 a.m. they were starting to regulate and at 7:00 a.m. they were about 7-10 minutes apart and over a minute long. I decided I should maybe call Cyndi, my midwife.  I also sent my doula a text.  She told me earlier in the week that she was going to be out of town.  I asked her if she had left town yet.  She had already left, but I wasn’t worried; everything happens for a reason and I knew I was in good hands.  I sent my mom and sister a text telling them that it was finally time!  My midwife arrived around 8:30 and my mom and sister shortly after.

It also just so happened to be my 6 year old, Sam’s birthday.  I asked him, before everyone arrived, if it was okay if his little sister was born on his birthday.  He thought about it for a minute and then said, “Yeah.”  I was glad he was okay with it–because I don’t think he really had a choice! My mom got to work making Sam his birthday breakfast and Cyndi got set up and timed my pressure waves, did counter pressure and rubbed my back.  She told me that my waves were much closer than 10 minutes apart and more like 3 minutes apart–I was surprised, but was glad that things were progressing  and that I was enjoying my birthing time.  I really was too.  I had a massage appointment scheduled for that afternoon and I remember thinking, “Would I rather be getting a massage right now or be doing this?”  And I thought—“Giving birth for sure!”  I guess I really do love birth!  Cyndi’s assistant, April came about an hour later and she took over doing counter pressure and rubbing my back.  The mood was still pretty light and we would talk a little bit in between pressure waves and Jake would come in and make jokes and sit near me.  The house was unusually quiet that day, especially with 3 little boys at home–I think they must have sensed the special event that was in progress.

I spent most of my birthing time rocking on the birth ball on my hands and knees.  As Jane dropped deeper into my pelvis, I had to empty my bladder more often.  After a pressure wave ended, I would get up and hurry to the bathroom and then before I would make it back to the birth ball I would have another pressure wave–they were that close together!  So I would drop to my hands and knees–it just felt so much better to be in that position.   I had my Hypnobabies Easy First Stage playing out loud on my phone right next to me during my whole birthing time–it was a huge comfort and I felt so much more relaxed when I could hear it.  At around 11:00 a.m. I decided to get into the bath tub.  I floated on my belly and worked with the pressure waves.  April showed Jake how to massage my back and it felt so good!

The pressure waves were getting stronger and I could feel her moving down my birth canal.  Cyndi, my midwife, would say just the right words at just the right time.  I hadn’t really discussed any of Hypnobabies cue words with her because I had planned on having a doula, but she picked up on them and would say, “Release.”  That really helped so much to keep me relaxed and focused.  Sometimes as I could feel a wave approaching, I would say, “Talk to me Cyndi.”  Her voice and words really helped.

At one point April asked me if I felt like pushing.  I told her “No, not yet.”  But sure enough, with the next pressure wave I started to feel pushy and I told her so–it’s pretty amazing how a good birth team can become so in tune with a birthing woman.  After a couple of pushing pressure waves my water broke.  Wow, what a cool thing to feel under water!  Soon after I remembered to change my Hypnobabies track to Pushing Baby Out. Looking back I am so surprised how clear headed I was.  Once this track started playing it really helped me to relax and stay focused even more through the pressure waves.

I could feel my baby moving down even more with each wave.  I could feel how close she was and it made me emotional, knowing how long we had waited for this day and now she was almost here!  Soon I could feel her crowning–I reached down and could feel her head.  When the pressure wave ended, she would slip back up–in a two step forward, one step back fashion.   Cyndi’s words were so encouraging.  She said things like, “Perfect pushing.”   “Good job, just like that.”  “You’re doing it just right.”

After a while I turned from floating on my belling to sitting reclined against the back of the tub.  After a few more pressure waves in this position her head slipped out.   A moment later her body slipped out–I don’t even remember pushing, it just happened.  Then I gently pulled her up to my chest.  It all seemed to happen so quickly and it took me a little while to process it all.  I looked down at her, all snuggled against my chest–so perfect!  I told my sister to go get my kids so they could meet the new baby.  They were there almost instantly.  They all came in so quietly– they somehow just knew how to reverence the blessedness of her arrival.  It was so sweet and wonderful to have them all there.  They have all responded so well to the new baby and I know it is from having them present immediately after her birth.  Just minutes after her birth, Jake said, “That was so easy!”  Everyone laughed and Jackson my oldest, said, “Dad, you didn’t have to do it!”  But, he was right–it just seemed so simple and natural to be at home, surrounded by those that I love.  It didn’t feel like a big, dramatic affair–it did just seem easy.

Jane’s birth was so beautiful.  It was better than I had ever hoped or imagined.  She was born on her brother Sam’s birthday.  It was such a tender mercy that she decided to come on that day because his birth was so challenging.  The difficulties of that day, 6 years ago, is what propelled me to seek for something better and so I am now grateful for that experience.  Jane and Sam’s birthdays will hold an entire new meaning for me.  Birth is a great teacher and all of my children’s births have taught me much about myself and helped me to grow as a woman and a mother.  I love that the Hypnobabies program helped me discover the joy of birth.