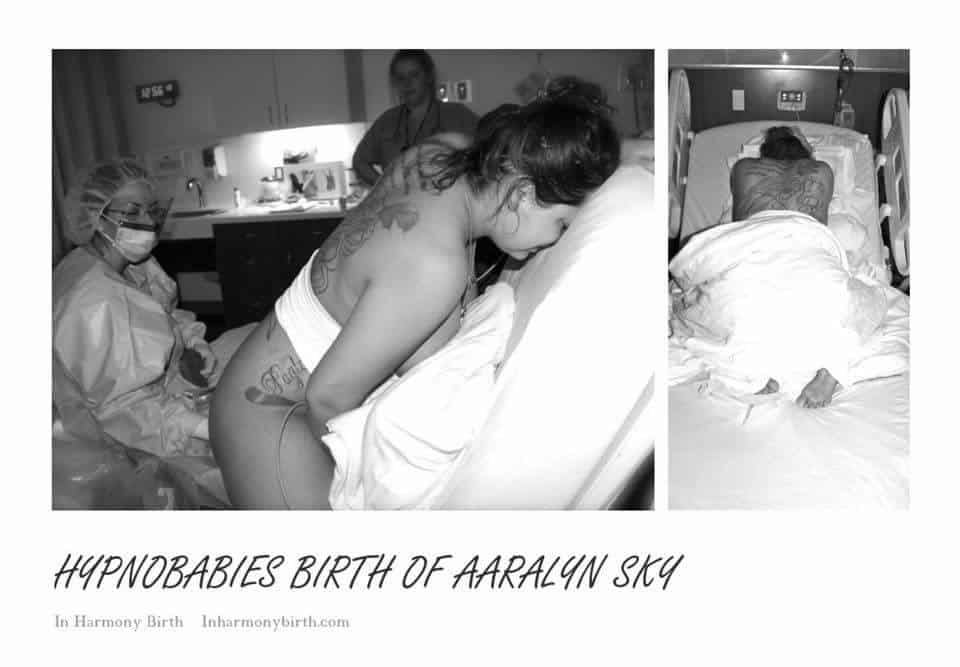 “My waves I was told were 2-3 minutes apart. I felt like I was getting a 20 minute nap in between! How amazing is that?! Feeling that relaxed and refreshed after each wave!” 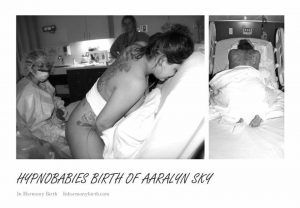 First of I have to thank my AMAZING Hypno-doula Keli Engleson for the constant knowledge and support! I was considered a “high risk pregnancy” due to Gestational Diabetes and from a previous pregnancy. Never did I feel nervous with having the knowledge Hypnobabies provided. My Drs. were concerned my baby girl was “too small” days before birth measuring 6lbs 5oz. But knowing that if all was normal, ultrasound weight were not very accurate and boy was this off. My daughter was born 7lbs 12oz!

It started March 4th when I lost my mucus plug and waves were very inconsistent for about 8 mins apart for an hour here and there, then nothing. My doula suggested getting as much rest as possible. Which at the time didn’t seem like much, but really helped in the long run. Later that day they became a little more consistent and continuing to listen to my Joyful Pregnancy Affirmations helped keep me calm.

Then on March 5th waves were consistently about 6 minutes apart. At this point I wasn’t using my Hypnobabies tracks like I should have. Around 11PM with pressure waves about 5 minutes apart for a few hours I was really starting to get uncomfortable. While taking a shower my husband contacted our doula saying the waves were more intense… I said I was thinking of heading to the hospital soon but I felt like if I went I would be tempted into taking medicine and I knew I wanted a natural, unmedicated birth. My Hypno-doula suggested listening to the Easy First Stage track before getting into the car and reminded me to use my center switch when going to car. This was the first time listening to a hypnosis track. Duh, why didn’t I do this sooner?? I was more comfortable in my car then at my house!

Arriving to the hospital our nurses were wonderful with patience while I turned my mental light switch off during a wave (and smiled after every one) I chose not to know my dilation because we don’t birth by numbers. (I was 5cm upon arrival and 6cm an hour later!) Using my off switch for internal check I never had any Discomfort! Getting settled in our room I continued to listen to my tracks and was very comfortable and welcomed each powerful wave focusing on the fact that each wave brought me closer to meeting my sweet girl.

At about 9.5 cm my doctor suggested breaking my water, laying on my right side and with a peanut ball to help get me to 10 cm.  Knowing my options I decided this was the best course of action. After that my waves I was told we’re every 2-3 mins apart. I felt like I was getting a 20 minute nap in between! How amazing is that?! Feeling that relaxed and refreshed after each wave! Then finally listing to pushing your baby out, facing the back of the bed kneeling was the most comfortable my doctor said to reach down and feel my babies head, it was time, I was doing it! Then after her head was out I turned around, reached down and brought my daughter into the world and cut the cord!

What an incredible experience! I did it! Not thinking about it at the time but it was a very humbling experience to hear the nurses say they were honored to be at my birth, and they have never seen an all natural unmedicated birth before. One nurse was moving my legs for me forgetting that I was able to move them on my own, and they were amazed that I was up walking around maybe an hour or two after birth. After Aaralyn arrived they discovered she had passed meconium, and was taken to be checked out. Of course it wasn’t ideal, but I was never scared or nervous since I knew before hand it was a possibility.
In the end I had the perfect birthing for us, and thanks to Hypnobabies and my Hyono-doula Keli it was exactly how I had planned! Now a month later my daughter LOVES listening to the relaxation music!