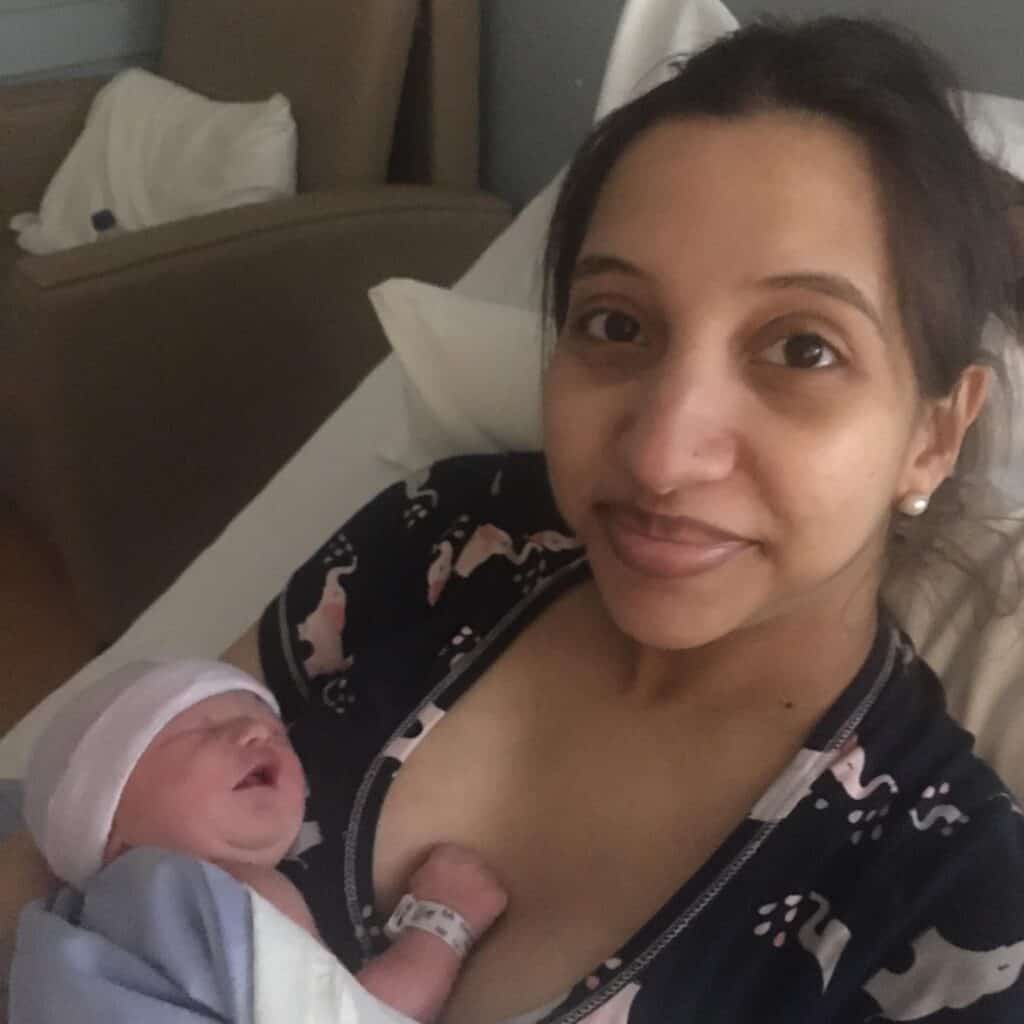 “I probably pushed too fast (I didn’t know there was such a thing in first births) and in 4 more pushes baby came into the world at 6:34, yes only 14 minutes after I was told I was 8cm and I did not experience any Transformation extra discomfort. It was amazing.” 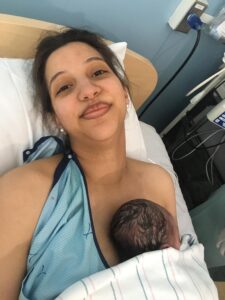 I am a first-time mom but had had an epidural for a procedure and knew it wasn’t for me, so I decided I wanted to go all natural but still in hospital setting. I feel very comfortable in hospitals and with doctors because my mom is a doctor, so I knew that wouldn’t make me tense. So yes, you can have a wonderful Hypnobabies birth even as a first birth, in hospital, induced!

I was induced at 40+4 because baby seemed small and not to be gaining any more weight, I agreed with the decision. I went to the hospital, was only 1cm dilated, they used a gel called Prepidil and after monitoring me for 1 hour and nothing happening sent me home to see if things would get started.

The next morning nothing had happened, so I went back to the hospital, and they repeated the procedure at 10:30am, the waves (Hypnobabies term for contractions) started right away and were pretty powerful, actually nonstop for 20 minutes. Then they were on for 1 minute and off for 1 minute. I had discomfort in my back and my husband helped by applying pressure. I was able to remain remarkably calm, laying on my side as if sleeping, as my husband watched my finger-drop (Hypnobabies technique to enter hypnosis) he knew it was time to apply pressure. 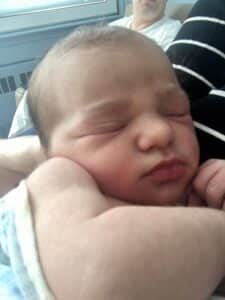 Due to the intensity of the waves, I was shaking a bit and threw up.

At 3 pm I asked to be checked and was discouraged to hear I was still 1cm as I was becoming tired. I was given morphine because they thought baby would not be born that day and the goal at that point was just to give me comfort. At 4 pm I was checked again, still 1cm and the morphine hadn’t helped so I was given a bit more. I was told I could go home because baby wouldn’t be born so soon, but I was not sure about it since waves were on 1 minute off 1 minute and the pressure was pretty strong. I was listening to my Birthing Day Affirmations and Strengthen My Birthing Time (Hypnobabies track to encourage wave to be longer, stronger and closer together) tracks.

At 6 pm (morphine hadn’t helped) I decided I would not be going home and wanted to be admitted to a room (I was still in the triage room), my husband went to get our bags from the car. As soon as he was back, I sat on a yoga ball and had 2 pushy waves, which I thought were funny because I thought I was not dilated yet, we called the doctor and at 6:20pm was told I was 8cm but not to push because I wasn’t complete.

I texted my mom and was soooo happy, I readied myself for Transformation (Hypnobabies term for transition) as I know and it can be uncomfortable, with the next 2 waves my body continued to push so I told the nurse “the doctor asked me not to push, but I can’t “, it had only been 2 minutes that the doctor checked me but she came back, I was complete, she broke my water.

I put my Pushing Baby Out track (Hypnobabies track just for pushing) and after pushing once on my back decided to turn to all fours which felt much better. At that point I saw baby’s heart rate was starting to drop a little bit and I was concerned because of the morphine I had taken, so I probably pushed too fast (I didn’t know there was such a thing in first births) and in 4 more pushes baby came into the world at 6:34, yes only 14 minutes after I was told I was 8cm and I did not experience any Transformation extra discomfort. It was amazing. 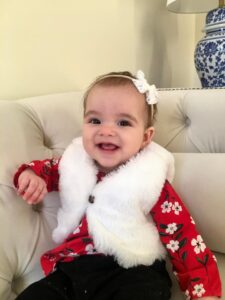 I don’t think I was in hypnosis throughout, but I was able to remain very calm despite having 8 hours of intense waves. I wish I had been able to communicate better if the dropping heart rate was a concern or not (I don’t think it was) and had understood that by pushing so strongly she would come so fast, I would have taken my time. Oh well, notes for next time! I am so thankful for Hypnobabies for the amazing birth! I also had an amazing post birth and recovery.