First Time Mom Gets the Birth She Always Hoped For

“The charge nurse asked what my level of pain was. I wasn’t sure how to respond because the word pain wasn’t on my radar so I told her that the pressure was really strong.” 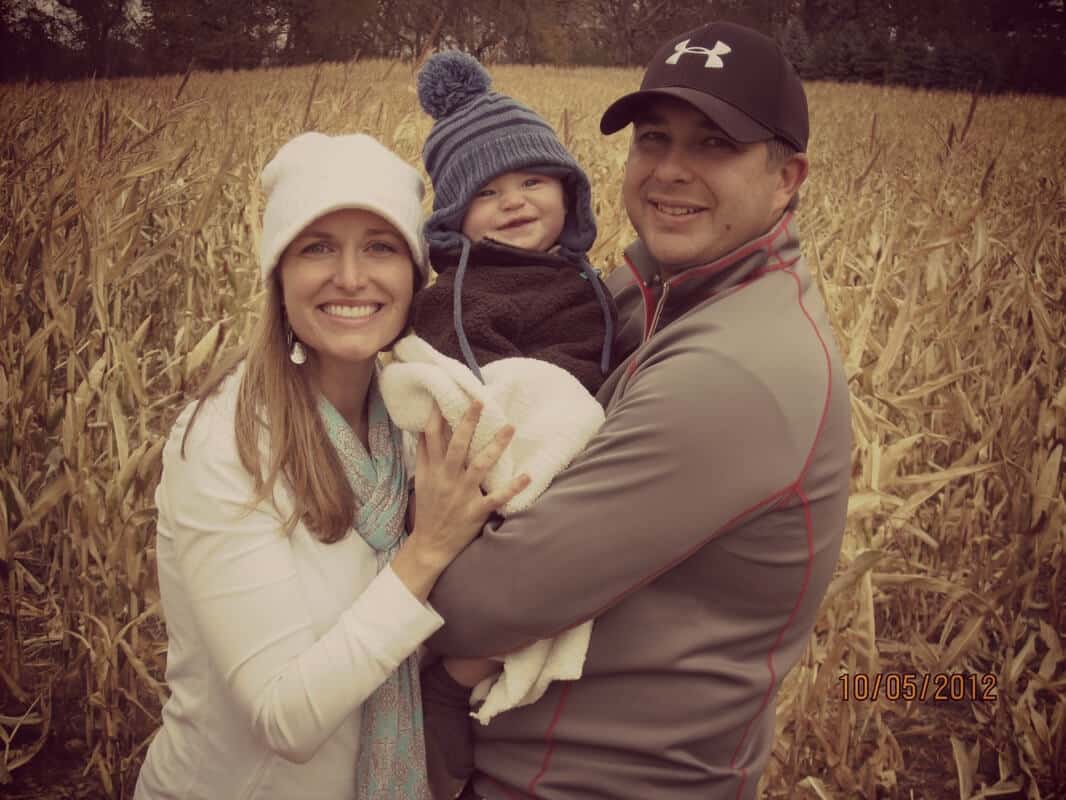 On April 2nd pressure waves woke me up around 6:00am. I had been having Braxton-Hicks since February and even thought I was in labor the weekend before when pressure waves got as close as 4 1/2 minutes apart! They later slowed and it appeared to be a practice run. But something felt different that morning.
The waves were very inconsistent, but I had a strong feeling that today would be the day I would meet my son. I snuggled up on the couch and took a nap mid-morning, but didn’t sleep long because the pressure waves were starting to get stronger, however they were still 10 minutes apart. Ryan was at work, but my mom had flown in a few days prior to help out and be apart of the experience. I was glad to have her there. I knew Ryan didn’t need to come home yet, but it was nice that someone was there with me.

I decided to take a shower and then got out my ipod and yoga ball. I listened to Early First Stage and Easy Comfortable Childbirth. For some reason in that moment I really liked Easy Comfortable Childbirth and listened to it over and over. By early afternoon the pressure waves were getting much stronger and I was experiencing bloody show. I called our clinic to let our midwife, Susanna, know what was happening and that I was in labor. Ryan came home around 4:00 pm and found me rocking on the yoga ball. At this point I asked my mom to make the brownies I was planning on baking for our nurses! The pressure waves were getting much more consistent – closer together and much stronger. By 8:00 pm they were suddenly 2 1/2 minutes apart and I knew it was time to go to the hospital!

We left around 8:30 pm and arrived at the hospital shortly after 9:00 pm. I listed to Easy Comfortable Childbirth the whole way. Ryan dropped me off at the entrance and I remember leaning my head and hands against the brick wall through the pressure waves until he parked the car and ran to meet me. I wanted to walk to Labor and Delivery, but standing wasn’t and easy position for me so I tried a wheel chair. I sat down and immediately shot up because it was too narrow and forced my legs and hips shut which was far worse than standing. The security guard saw this and found an extra wide wheel chair that I could sit in with my legs wide, similar to how I had been laboring on the yoga ball. It was so much better! I was in my zone with my headphones and kept my eyes closed most of the time. Find the rest of Gavin’s birth story HERE.