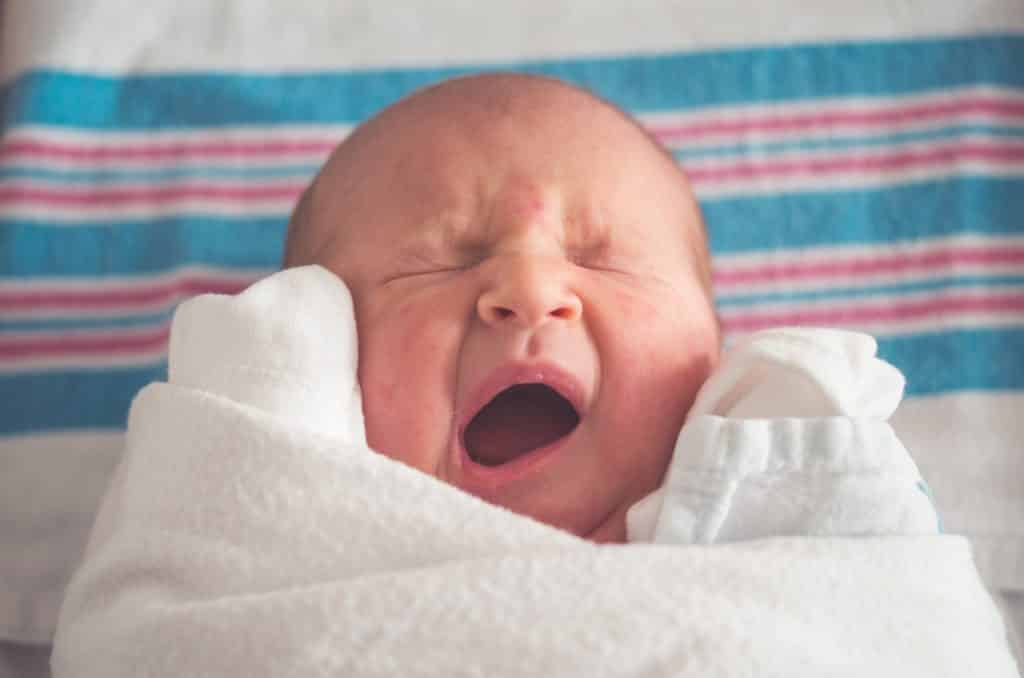 “I am so blessed and thankful that we had such a wonderful birthing experience. I can say with 100% certainty that I was never in pain during my birthing time (Hypnobabies word for labor). Was it uncomfortable at times? Yes. Was there intense pressure towards the end? Of course. But it was brief and over before I could think anything else of it.”

Hypnobabies strikes again y’all!! I have to shout it from the roof tops because I want everyone to know that a positive/happy birth story is possible. Ryan and I are so grateful we found out about Hypnobabies! Both of my SILs had wonderful experiences with Hypnobabies along with other friends of ours.

With Carter Ryan, I had been having pressure waves (contractions) on and off since 36 weeks. So, I just kept thinking to myself that he’s going to come sooner rather than later. However, God had a different, better plan! 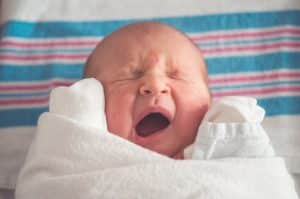 On Sunday night, Ryan and I were lying in bed watching a show when we heard my water break! Yes, we heard it. 😂 It was like a loud joint popping. All of the sudden I jumped up and immediately ran for the bathroom because I knew what was coming next! Lol…I had been told by my midwives that baby #2 comes quicker than the first, so to put a rush on things when we decide they are serious enough. So immediately we called our good friend to come over and stay with Dawson until my parents arrived. Then, we called my parents in TN to tell them it was go time and get their booty’s in the car ASAP!

Ry and I arrived at the hospital and started heading up to L&D. I was still able to walk through my pressure waves up to the room and refuse the wheelchair. This was all thanks to staying in my “Bubble of Peace” (Hypnobabies tool for keeping negativity out) or safe zone.

Once we got to our room, I put on my gown, hopped straight into the bed, and turned on my “Easy First Stage” hypnosis track (Hypnobabies main birthing time track to remain in deep hypnosis). Ryan started prepping the room (took the clock off the wall, turned the lights down, and got out the snacks). The nurses came in to ask their initial questions. Ryan took charge to answer all of them and to explain Hypnobabies to them, so I could stay in hypnosis.

One of the nurses wanted to check me, which was fine, I just told her to not tell me how far along I am. (Ry went out in the hall to ask, and come to find out, I was already 6 cm) I just continued to stay focused on the track that was playing and anytime I would start to have a serious pressure wave, I would go to my “Bubble of Peace” (My BOP was replaying in my head the video of Dawson playing peekaboo with Ryan the other day) It kept my mind in a happy place and less focused on the pressure waves that were happening. During this time, Ryan kept bringing me water and just checking on me every now and then.

This was round two for me, so I could tell the difference in my pressure waves, and I could also tell when he dropped into the birth canal. Once that happened, my waves became more intense, but I knew it wouldn’t be long until we had a baby. After having a few rounds of serious waves, I just yelled over to Ryan (he was on the couch beside me)…all I said was “Babe.” I knew Carter was coming very quickly and there wasn’t anyone in the room with us, so that’s why I got his attention.

He looked over and saw the baby was coming too. He immediately (and very calmly) went into the hallway and called for the nurse and midwife. I was already pushing when I got Ryan’s attention. I was just following my body’s cues to push on its own. (I truly believe the less stressed you can be during birth, the quicker the process will happen) It certainly came as a shock to me though when I pushed Carter out right as the nurse and midwife were walking back in the room…just in time to catch him! They put our sweet baby boy on my chest and the rest is pure bliss! 💙

I am so blessed and thankful that we had such a wonderful birthing experience. I can say with 100% certainty that I was never in pain during labor. Was it uncomfortable at times? Yes. Was there intense pressure towards the end? Of course. But it was brief and over before I could think anything else of it. I give all the thanks to God for keeping us safe through the night, Hypnobabies for keeping me calm, stress free, and relaxed, Ryan for being the unwavering support, and to the nurses, midwife, and hospital staff for another wonderful hospital experience!