“Having the daily Joyful Pregnancy Affirmations changed my entire thoughts on both pregnancy and life in general. I can honestly say that while I was pregnant I was the happiest and most positive I’ve ever been in my life.” 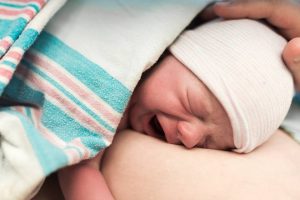 Years ago, I was unsure I would ever carry my own children. I almost considered surrogacy. Not due to any health complications, I just had an overwhelming anxiety regarding childbirth. The magnitude of creating life and being pregnant and all the things that could go wrong during a birth. There was a point in my life where I would have panic attacks almost daily from just knowing those things happen.

However, I knew I wanted to be a mother. As my family and friends starting having children, I knew it was my time soon. So I decided that I should begin this journey and start trying for a baby.

When I got the news, I asked immediately in another mom group words of wisdom from moms who had birthed their first babies naturally. I was scared of epidurals, so as long as I didn’t get one, I figured everything would be fine. I had an overwhelming number of responses, and the majority of women said that they could not have done it without hypnobirthing. And so I purchased the Hypnobabies Home Study course. 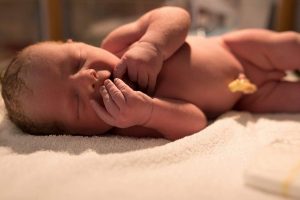 Having the daily Joyful Pregnancy Affirmations changed my entire thoughts on both pregnancy and life in general. I can honestly say that while I was pregnant I was the happiest and most positive I’ve ever been in my life. I we excited for my baby’s birth and knowing what my body could do.

I was diagnosed with gestational diabetes, and was able to remain positive even though I was on a low carb diet for 3 months. My baby decided to be breech the whole pregnancy. I remained calm and tried all the tricks to get him to flip. When they told me I was not a candidate for an EVC to flip the baby due to low fluid levels, I was only briefly disappointed. Without Hypnobabies, each of these things would have devastated me.

I know there are options for birthing a breech baby, but it was not in the cards for our family. I chose to birth via Cesarean. I purchased the Cesarean Birth Preparation tracks and had my son two weeks later. I was confident in telling my provider my needs for the procedure. Delayed cord clamping, skin to skin, ect.

I was able to choose my own cue words to calm myself. “Simple and easy” and “Relax and let it happen” (a variation of the affirmation “My job is to relax and let me baby’s birth happen”).  During the anesthesia process, I was able to turn my mental light-switch completely off while hanging from my partners shoulders.

While laying down, I was able to remain completely calm while my partner ran his finger down my nose. (An action that has always encouraged calmness for me) the provider even gave me the option to watch via mirror briefly during the moment they helped me birth my baby. I was able to block out everything visible except his beautiful bum coming out. They brought him around to me and immediately laid him on my chest to hold during the rest of the procedure. At this point I no longer needed my tools. I was so instantly in love that it didn’t matter what was else was happening.

I am incredibly grateful for every aspect of the program. I hope to use it again one day as I try for a VBAC.