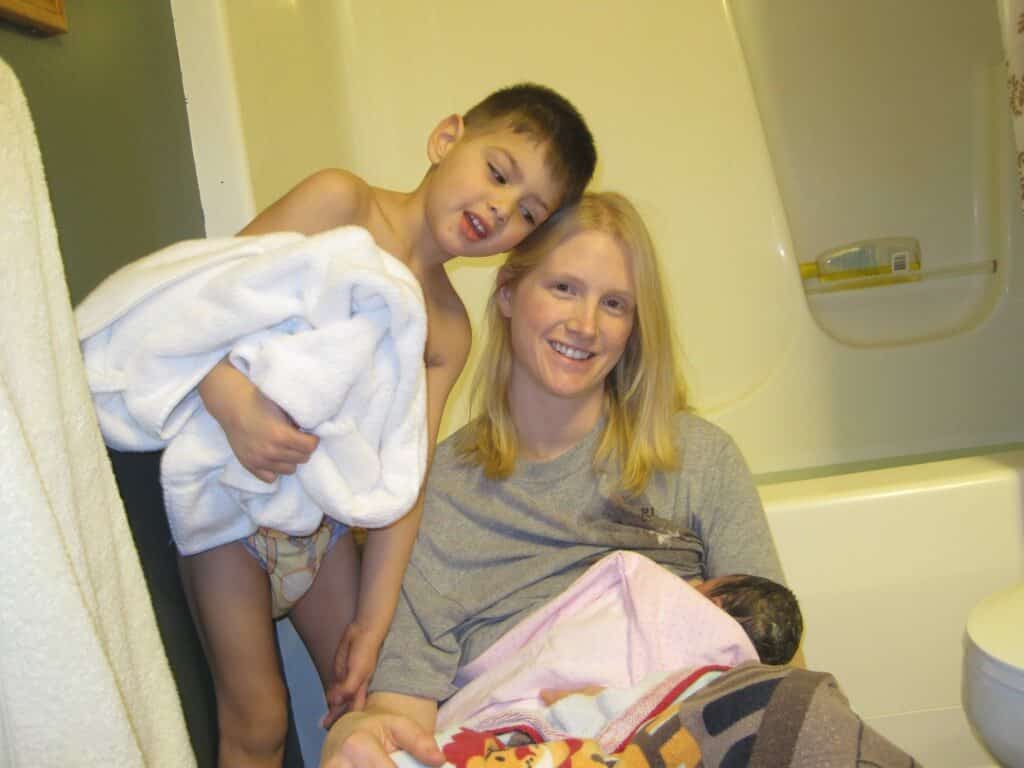 Saturday Jan 29th 2011, I was studying all day. I was having some contractions but I thought they were just toning contractions. They were nothing I couldn’t study through or do anything else for that matter. I felt great! My husband, Lucas and our son, Austin went to Impressions Five and then went bowling. I stopped studying at 6pm to clean the house because Lucas’ brother and sister and their spouses were coming over to drop off some food for us. They came and we all had some good laughs. After they left, Lucas told me he was planning on taking Austin out to play with his cousin Tahara the next day. I wasn’t happy about this because Lucas had been having a tendency to not answer his phone lately and my sister lives about 45 minutes away. I just felt like he needed to be close by. But he convinced me that he would keep his phone on him and he told me, “Your going to be in labor at least 2 hours right. So that is plenty of time to get home to you if you need me.” I agreed. We put Austin to bed and I called my sister Theresa to tell her that I had been having toning contractions all day but they weren’t much but maybe they would get stronger over night. She said ok and that she would keep her phone by her. Lucas and I watched Bones and then I listened to my Hypnobabies “Visualize Your Birth” tack on my iPod and fell asleep (I always fell asleep listening to my Hypnobabies tracks).

I slept great (I think listening to the Hypnobabies had something to do with it). I woke up at about 5:50am to go to the bathroom. I had a contraction and notice that I lost the rest of my mucus plug. I came back to bed and told Lucas that I thought I was really in labor now. I had another contraction and used deep breathing to relax through it. I could feel it in my back so I got on all fours to make myself more comfortable. Then I asked Lucas to heat up a rice sockie for me to put on my back. I also made him plug in my iPod to charge because I wanted to begin listening to my Hypnobabies “Birthing Day Affirmations” so that I could relax even more with each contraction (wasn’t quite time to do this thoughJ).  And I told him; maybe I should call the Greenhouse Birth Center and just let them know I am in labor. He agreed.

I called my little sister Theresa first though; this was at 5:57am (I was planning on having her at the birth plus she is one of the post partum doulas at the birth center). She asked if I wanted her to meet us at the birth center and I said I didn’t know because I might just labor at home for a while until the contractions get stronger. So I called the Greenhouse and left the message with the messaging center.

A minute later (6:05am) Shelly, one of my midwives (who was already at the birth center because another mom was in labor there), called me back. Just as I answered the phone, I started to have another contraction. I told Shelly to wait one second. I got on my bed and breathed to relax and just allow the contraction to happen. After it was done I told Shelly what was going on. She thought I should come in and not wait too long. So I told her I would take a shower and have Lucas get things around and we would come in. So Lucas began to shave his face and get the bags around. I felt like I had to go pee again so I sat on the toilet. Right then my water broke and I was having another contraction but this time it was different. I felt some pressure. So I reached down and I could feel her head. Lucas asked me if I wanted to just go right to the birth center.

I said, “No, she is coming now. Call Shelly back. And bring me some towels.” So he laid some towels down for me as he is trying to call Shelly back but the line to the birth center was busy (Shelly said she was calling Clarice, the other midwife for back up since there was already one mom at the birth center). So he called Theresa and told her to come to our house now or she was going to miss it. She thought he was kidding (since he pranked her earlier in the week that I was in labor when I wasn’t). Meanwhile, I can feel Lana’s head moving down. So I get down on my knees on the towels Lucas laid down for me. I didn’t have to push. My body was bearing down with the contraction. Lana slipped right out into my arms. I can’t even begin to describe how amazing it was! She was perfect! She did not have a cone head that’s for sure.

Just prior to this (6:10am), Lucas had gone down stairs for something while on the phone and finally got through to Shelly and told her we wouldn’t be coming in. By the time he came back up stairs he could hear Lana crying. He looked at me holding our little bundle and told Shelly, “Yup, she just had her.” Shelly said when she heard her cry over the phone it was 6:12am. Lucas went and got baby blankets.

Austin woke up and came into the bathroom. All smiles when he saw his baby sister. He said, “MOM you squeezed your baby out!” Then he came and sat by me. Lana started to nurse and we were as happy as could be. Theresa got there soon after and helped put some warm towels on me. Lucas made me breakfast… I was hungry! Shelly arrived and helped cut the cord and get me up and into bed. It was AMAZING! It was so calm and peaceful and everything I could have hoped for and more!

And what a 180 from Austin’s hospital birth! No drugs, no throwing up, no IV’s or epidural. No heart rate monitors… no lying on my back in the worst position to push for over an hour and NO episiotomy! I couldn’t have asked for more. God is wonderful and women really can have babies with out interventions! I could move around (the greatness of not having local anesthetic)! And my bottom wasn’t in pain from an episiotomy tear. What a difference not having those two interventions made! And I got to get right back in to the comfort of my own bed with my baby. No having to pack up into a vehicle or move from place to place. Lana was measure and weighed right in bed with me. She was 7bs 8oz and 20.5 inches long. The comfort of my own house was amazing. My wonderful sister helped me take an amazing herbal bath with Lana a few hours after she was born and I was able to take a shower and get dressed. And I feel great.

Maybe its coincidence but I really think the Hypnobabies childbirth program that I had been doing since 17 wks pregnant really had something to do with how calm and relaxed and fast Yalana came into this world. Hypnobabies taught me how to relax which I tended to have difficulty doing. It gives only positive suggestions about childbirth and how with each contraction you will smile and feel so happy that your baby will be in your arms soon. If you fight the contraction it just brings the fear-tension-pain mechanism into play and makes you feel pain. Hypnobabies teaches you how to deeply relax so that all you feel is pressure and no pain and gives positive affirmations about how quick and easy labor will be if you just relax. I wonder if this is why I was so comfortable studying through contractions the day before and only thought they were toning contractions. I wonder if listening to it while I feel asleep made it so I didn’t feel any contractions and slept so great. I only experienced discomfort with the contractions I had just prior to giving birth but it was manageable just with breathing (but this is why I wanted my iPod charged so I could listen to my Hypnobabies:). And the feeling of birthing Yalana right into my arms with out interventions was so very empowering and amazing. I cant find words to describe how absolutely amazing it was.